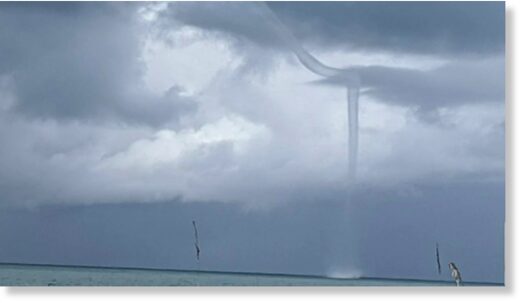 During the water tornado, there were no thunderstorms or warnings.

A waterspout formed off Flagler Beach. Meteorologist Tom Sorrells said that during the waterspout, the conditions were not suitable for its occurrence.