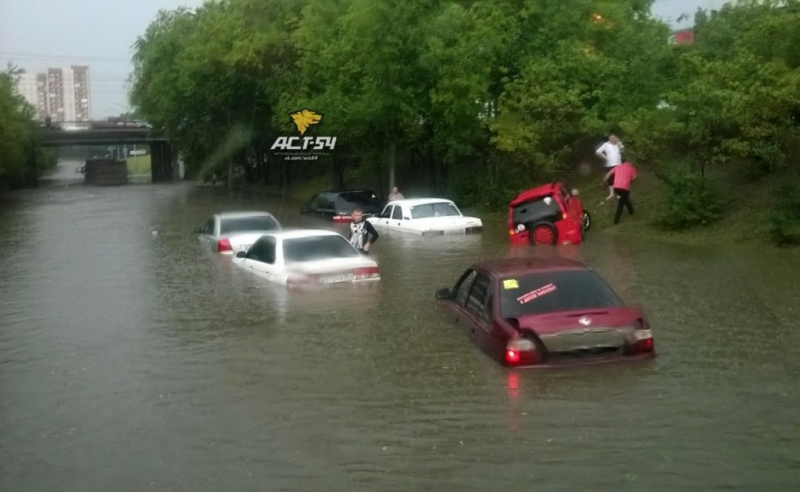 A strong rain storm descended on Novosibirsk. Local authorities in connection with high thunderstorm activity, decided to turn on the siren alarm. The right decision, it’s better than to write about the number of deaths from lightning strikes.

The flood was so strong that even water filled some subway stations in particular Siberian and Red Avenue. And on the street of Salasuka flooded grocery store. City road turned into a river, so that the machine did not go, and floated. Social networks almost instantly filled photos of the flood. It can be seen that in some places the cars were almost hide the glass. 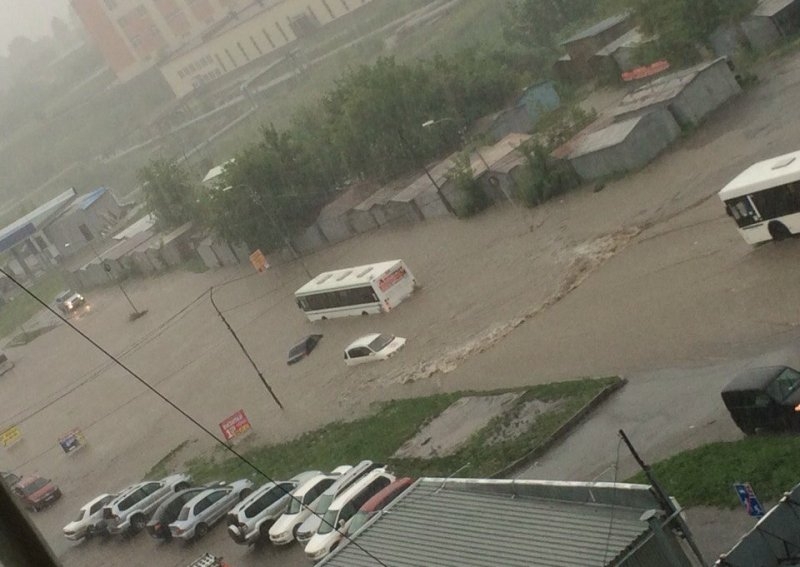 It also became known that the storm was a mass power outage on the streets of Alexander Nevsky, Bohdan Khmelnitsky, Sorge, Peace, Yadrintsevskaya and Frunze. On Koshurnikova near the “Siberian Molla” rainwater had flooded the building, washed away the asphalt and into the pit, hit a parked car. 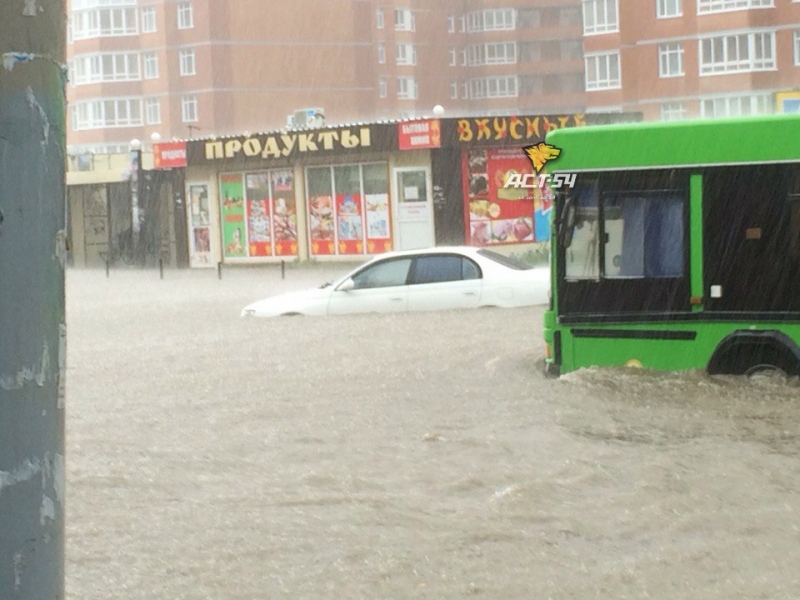 Storm drainage in the city, obviously can not cope with such volumes of water. On its reorganization was saying earlier. It was reported that on repair in the city budgeted at $ 20 million annually.

I live from Novosibirsk created a sense of some sort of Apocalypse and I added the sounds from war of the worlds, a very great happened:)