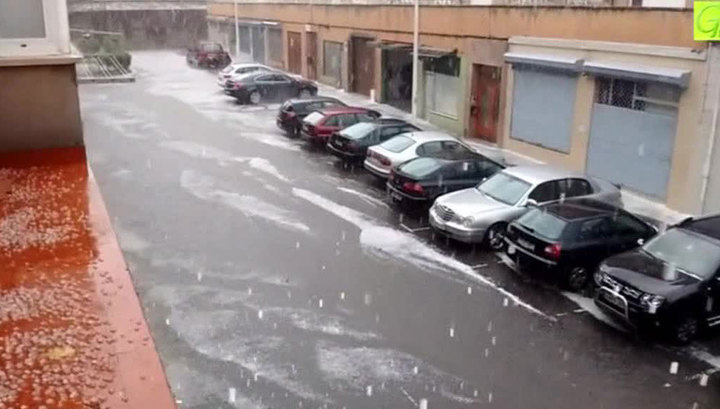 The snow in August was a real shock for the residents of Grado in northern Spain. The town with a population of only ten thousand people was in the center of a powerful cyclone. During the weekend there were heavy rains, and then a snow storm began. Even snowdrifts appeared on the streets, which, however, quickly melted.

In four provinces of the country due to weather anomalies the orange level of danger operates.