A terrifying fire tornado filmed in the USA 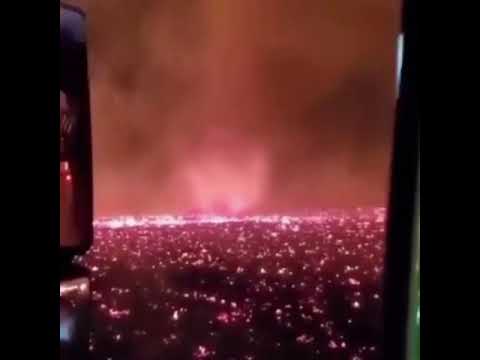 In the United States, forests continue to burn in different regions of the country. In California, firefighters filmed an amazing phenomenon from the cockpit of a helicopter – a fire tornado rose on the burned area. Presumably, the temperature at the epicenter of this vortex reached 5000 degrees Celsius.

Wildfires in the United States are terrifyingly beautiful. This forces people to expose themselves and others to danger, trying to capture the raging fire element. Instead of going faster through the danger zone of fires, people stop, creating traffic jams.