A violent storm struck the canadian province of Ontario 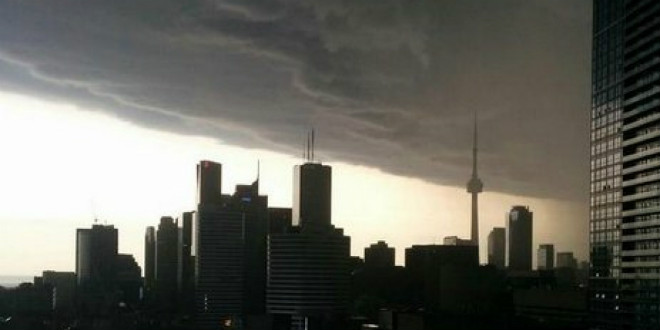 Electrical crews worked Sunday to restore electricity after a powerful rainstorm swept through southern and South-Eastern part of the province of Ontario.

Warning of tornadoes and powerful storms remained in force in most parts of the region for several hours on Saturday evening. In the districts of Bloomfield and Prince Edward was struck by a powerful rain and winds. There was no evidence about the impact of the tornado, but some houses suffered minor damage.

Over two thousand customers were without electricity at the peak of the storm, however, most of them were connected that night. Strong winds knocked down trees, fortunately, information about the victims of bad weather were reported.