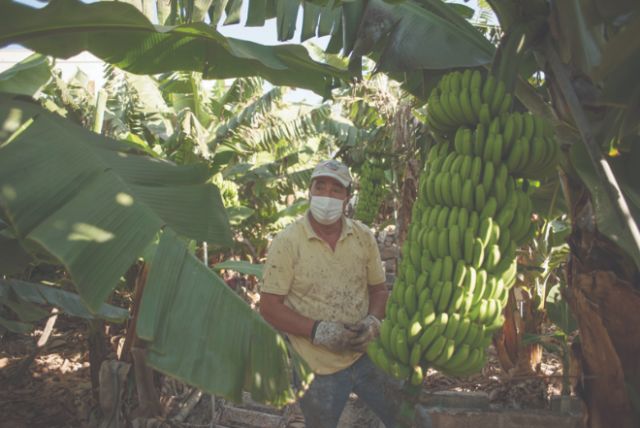 Ashes from the eruption of the Cumbre Vieja volcano, as well as severe water shortages, have jeopardized the banana crop on the island of La Palma, which is the second largest banana producer in the Canary Islands, France24 reports.

The volcanic eruption damaged the Aridane Valley in the west of La Palma. Losses are tentatively estimated at 120 to 130 million euros.

Once the sand and ash get on the bananas, it is almost impossible to remove the black plaque. This causes further damage in transit, as individual bunches can weigh about 70 kg.

Plantations are also drying up from lack of water as lava has damaged the pipeline. Bananas need a lot of water, and lack of watering is the biggest threat to their ripening.

La Palma has long experienced a water shortage, there are no rivers, lakes and reservoirs, the island takes water from underground aquifers. Bananas should be watered once a week, now every 15 days to save water.

2 desalination containers have been sent to the area, a water tank is expected to be delivered later.

According to the information of the Biosphere Reserve, one tenth of the 700 sq. km of La Palma is dedicated to agriculture, 43% of this area is planted with bananas. The banana crop accounts for 50% of the island’s economy.