A wildfire broke out in California 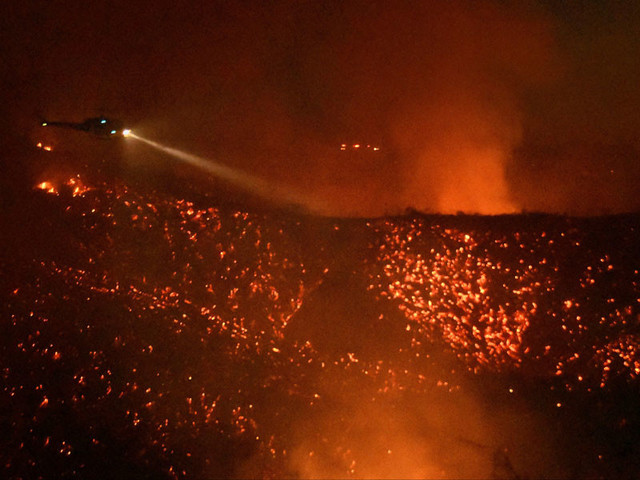 In the US, sudden forest fire, which began after the accident on the highway, threatens California town of Calabasas. Declared a mass evacuation of the nearby area Topanga Canyon, the man was carried about 400 firefighters.

The fire started after a truck crashed into a pole transmission lines on a city highway. After an accident burned the vegetation, due to dry and hot climate, the fire immediately spread to the nearest forest, occupying an area of about 1 sq. km.

In precaution, the authorities announced the evacuation of inhabitants of nearby houses. “We are dealing with a fire that simultaneously extends in multiple directions”, – said the head of one of the firemen fighting the flames, Dennis Cross.

Assessment of firefighters, the fire threatened thousands of homes and three outbuildings. Were evacuated about 5,000 people. After some time, the parts were allowed to return.