A woman who abused nature, died under a hail of stones 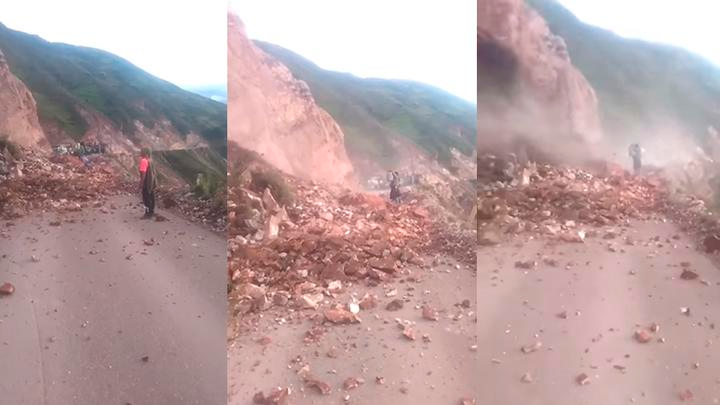 A resident of Peru Santusa Nina Hualpa died under a hail of stones, when she chastised nature for moods and outbursts of anger, because of which the only road connecting the city of Paukartambo to the outside world was blocked. Local residents who have appeared nearby have removed on video last minutes of a life of 35-year-old Peruvian.

The incident occurred around 4:30 pm last Sunday, March 11, in the Cusco region, with the same-named capital of which Paukartambo connects the road that was under the rubble. Drivers and passengers of cars blocked on the road went to inspect the site of the landslide, among them was Santus Nina Hualpa. Tired from the torrential rains, a woman who, according to eyewitnesses, was drunk heavily, climbed onto the formed mound and began to chastise the rock (and nature in general) for such reckless behavior.

All the requests of friends to go down or move aside the woman ignored, she was not afraid even of a small rockfall – Peruvian continued to stand on its own. The tragic outcome was not long in coming – there was a roar, and the second wave of a landslide covered the road and Santus Nina Hualpu.

Her body was found a day later several tens of meters from the place where the landslide occurred, and several hours later rescuers took them out of the rocks. Due to the continuing downpours and the threat of mudflows, the road is now closed.