Abnormal frosts and snowfalls in Europe 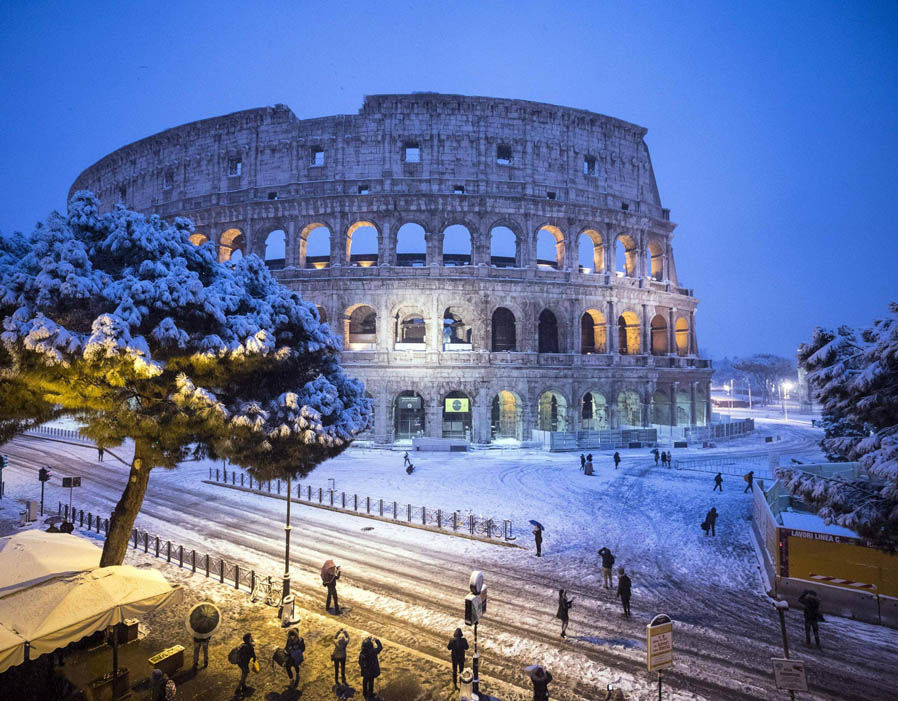 Frosts that came to Europe from Siberia, in British media have already nicknamed “The Beast from the East” (the Beast from the East). European weather forecasters warn that frosts will reach the territory of Great Britain, and snowfalls will last four days. Abnormal weather can lead to malfunctions in mobile communications, power outages and transport problems. “There may be delays and cancellations of flights and trains, electricity may be cut off, mobile communications may also suffer,” said the representative of the Meteorological Service of Great Britain. So, the railway operator Greater Anglia has already canceled some trains.

In France, in 37 departments, more than 1.3 thousand temporary accommodation places have been prepared for the homeless, who need to wait out the cold. In particular, in Paris authorities are ready to provide temporary accommodation for 500 people. Despite the measures taken, in the municipality of Valence, where the temperature dropped to minus 3 degrees Celsius, the homeless died from the cold. It is expected that the coldest days will be Tuesday and Wednesday, in the east of the country the temperature can drop to minus 6 – minus 10 degrees Celsius.

In the Italian capital because of the snowfall on Monday, canceled classes, closed schools and kindergartens. In Rome the layer of snow cover reached 5 centimeters. At a temperature of about 0 degrees it does not melt, which creates serious problems on the roads. The mayor’s office appealed to the townspeople asking, if possible, not to leave their homes today. It is expected that on Tuesday the air temperature in the vicinity of Rome can drop to 9 degrees below zero. The last time such a weather phenomenon could be observed here in February 2012, when the life of the Eternal City for a couple of days was virtually completely blocked by just one long snowfall. In Turin, due to snowfall, the soccer match “Juventus” – “Atalanta” was canceled.

The authorities of Austria, Hungary, Spain also called on residents to prepare for the frosty weather. 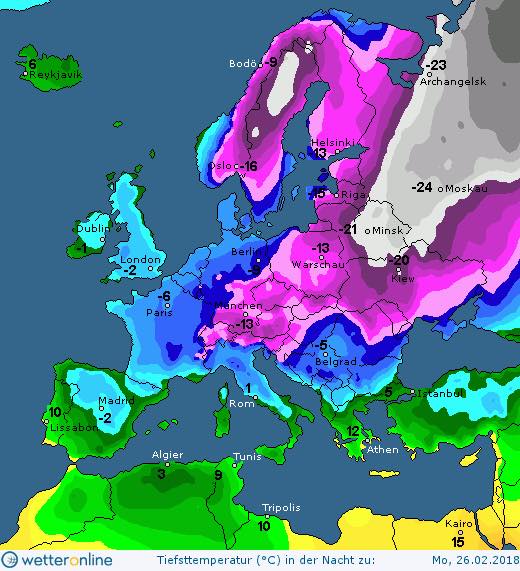 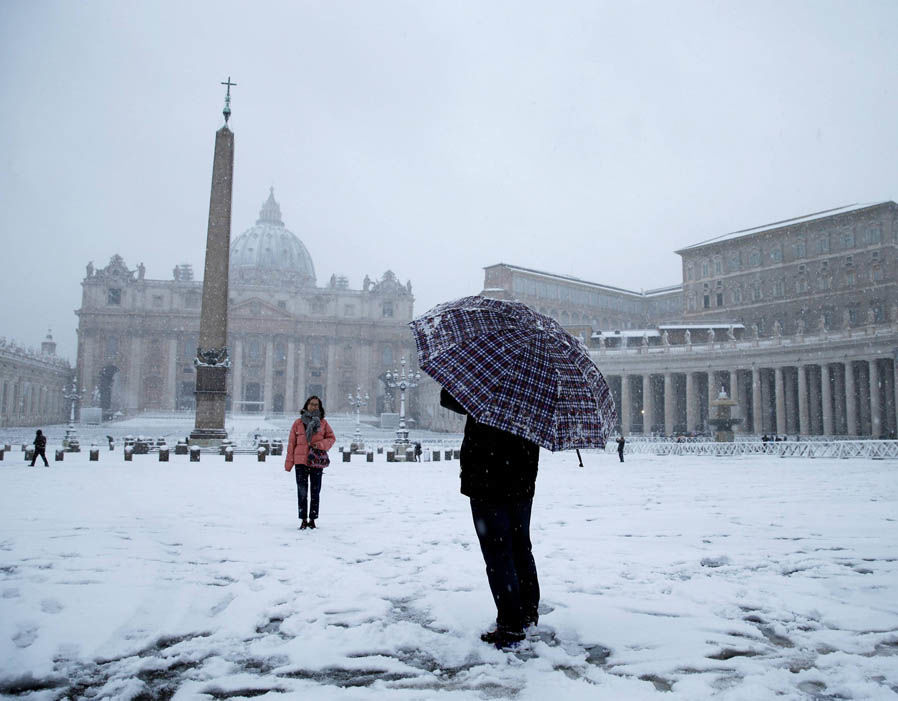 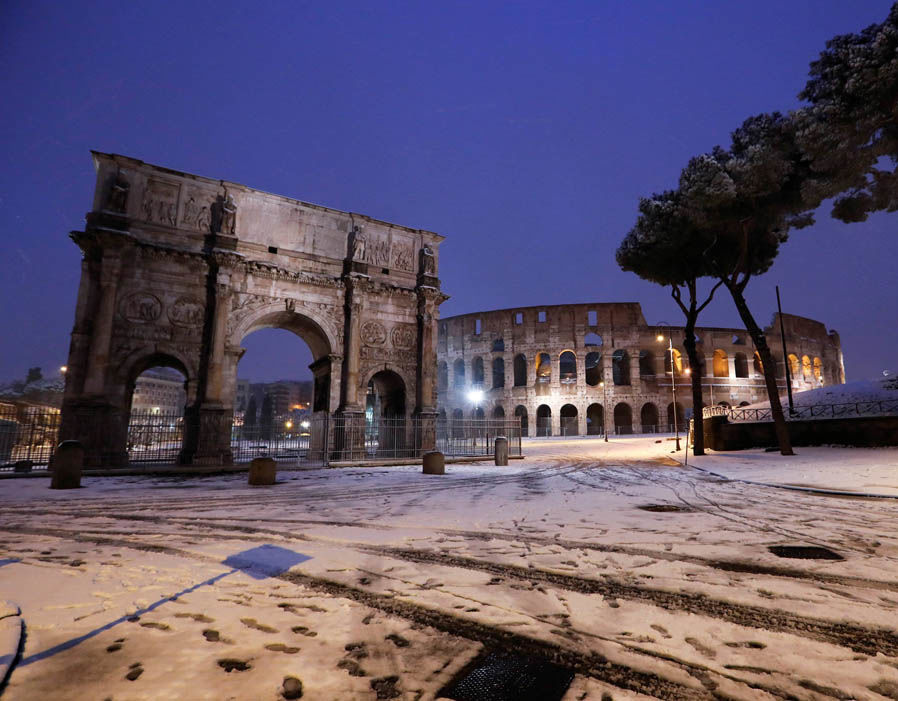 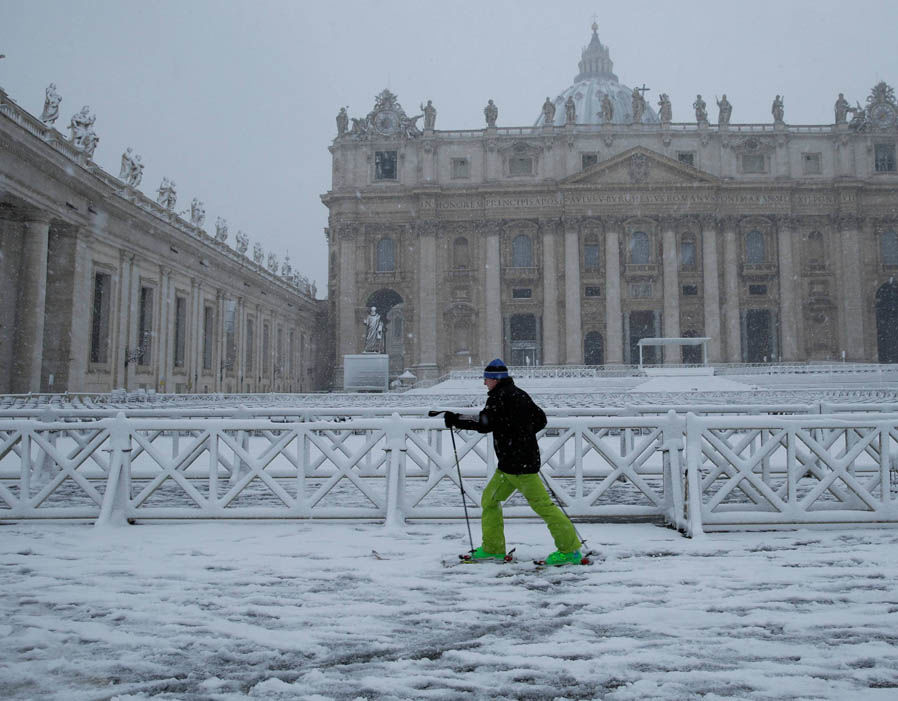 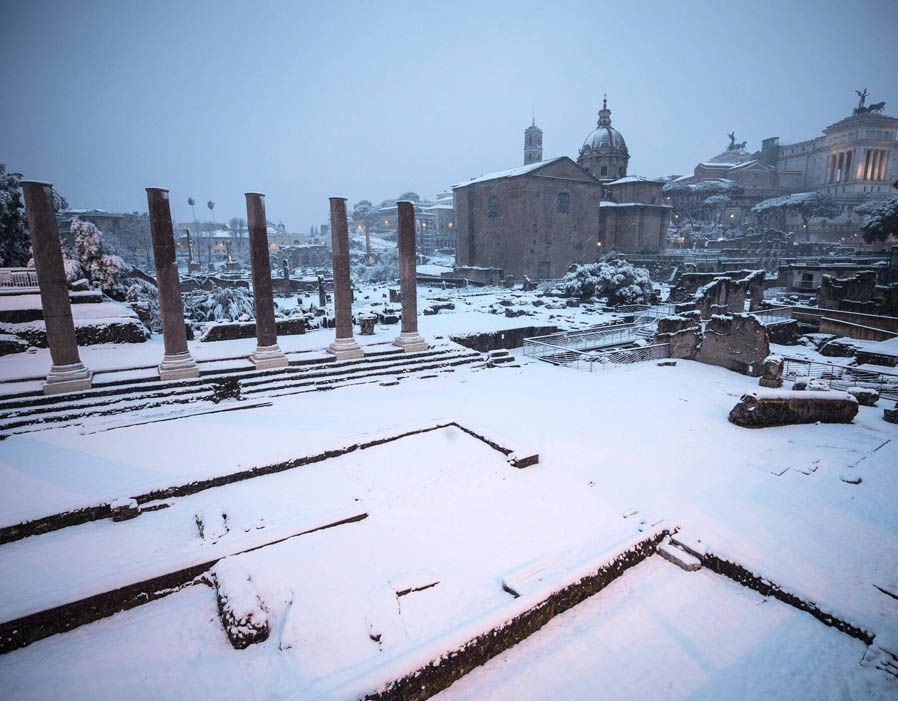 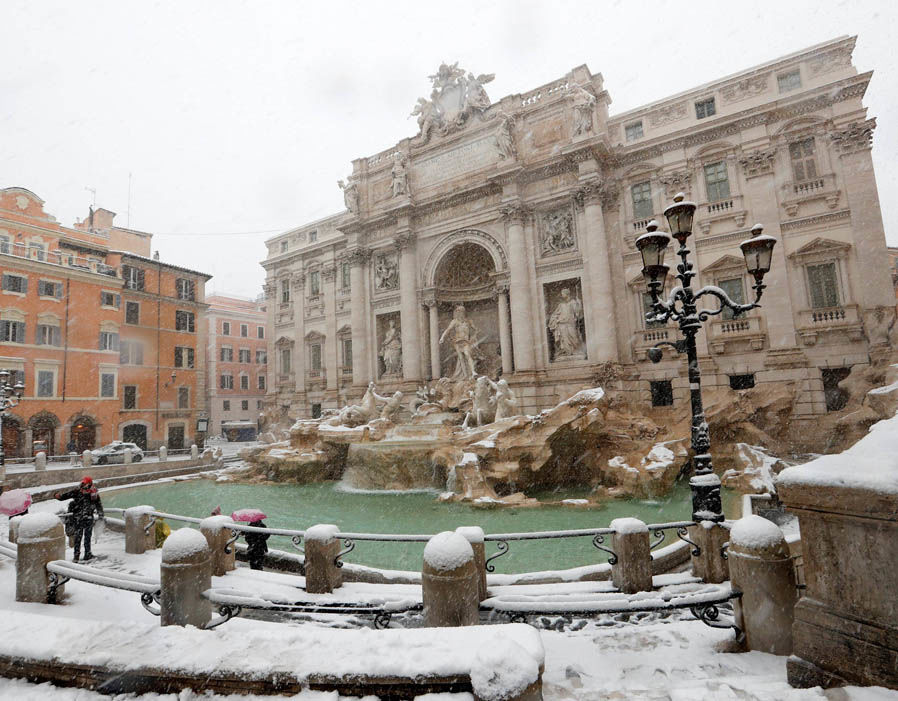 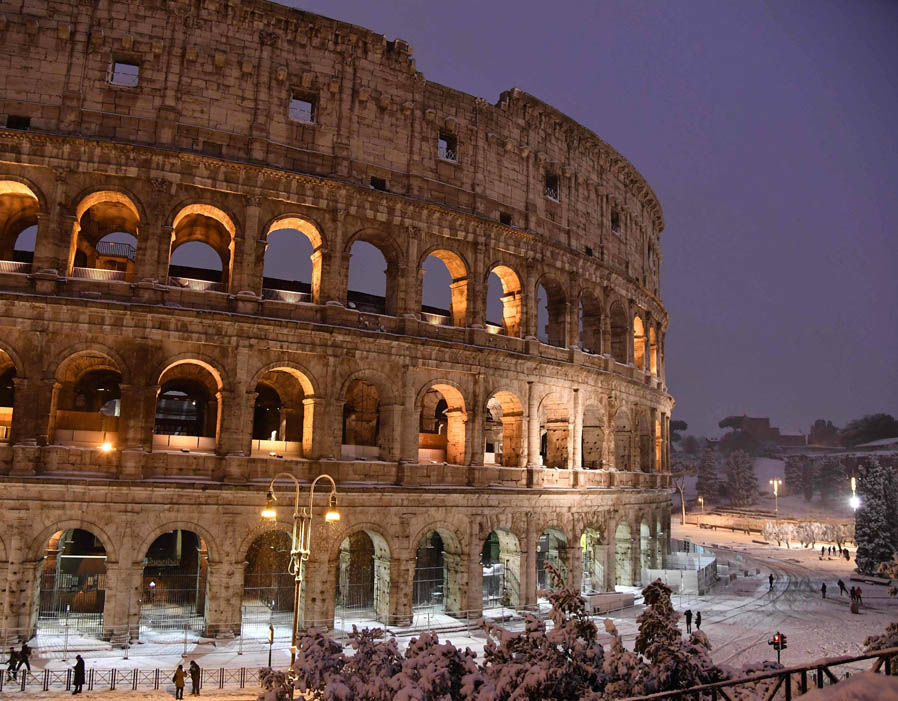