Abnormal frosts have come to Siberia, to Altai and the Urals 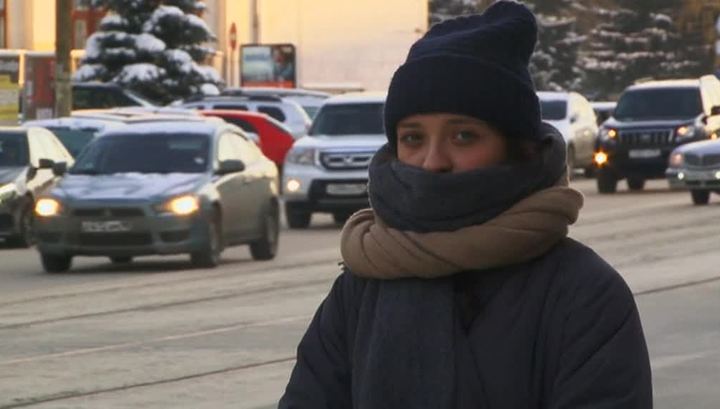 In the Urals several days there is abnormally cold weather. So in Omsk the night frost has broken the centenary record. According to weather forecasts, such weather will hold on before the end of the week. Frosts and in Kurgan grow stronger. There school students have received one more unplanned day off.

In a number of the cities of the Ural Federal District on Thursday school lessons of the first change because of low air temperature are partially cancelled. So, in Tyumen and Yalutorovsk where in the morning on November 17 was from minus 29 degrees to minus 31 degrees, pupils of initial classes haven’t gone to school, and in Tobolsk and Zavodoukovsk because of a 32-degree frost have cancelled lessons with first on the ninth classes.

Besides, in Nizhnevartovsk and Surgut (KhMAO) because of a 35-degree frost classes at school students of 1-11 classes are cancelled. Since the beginning of the current week because of frosts, abnormal for November, school lessons in a number of the cities of KhMAO, and also in Kurgan and Chelyabinsk have been partially cancelled.