The West-East transport of air masses over the temperate latitudes of Eurasia East can sometimes interrupt the process, the weather in Europe are starting to identify air masses coming from Siberia.

Since the end of the first week of January (7-11 January), snow and very cold weather came to South-East Europe, Italy, the Balkans and Turkey. The result was numerous accidents on the roads, school closures, cancellation of flights and difficulties for the homeless and refugees. The Danube and the Bosphorus was even closed to navigation, Italian waterfalls facing North-East, began to freeze.

On the website of the WMO published the quick analysis of this cold snap that made the Royal Netherlands meteorological Institute (KNMI), which is part of the regional climate center of WMO (Regional Association VI).

While a high pressure system moved slowly eastward across Europe. Experts believe that it is responsible for the distribution of cold Siberian air on its Eastern (and southern periphery) in South-Eastern Europe. In Montenegro, Serbia, Republic of Macedonia and Bulgaria, it was much colder than usual at low temperatures to -15 ° C for five consecutive days. In neighboring countries, Italy, Greece, Turkey and Romania the weather was 5-10 ° C colder than usual for this time of year. Cold with over developed Mediterranean cyclone brought large amounts of snow in many places.

This kind of spread the cold is not unprecedented in this region, such situations occur on average every 35 years or so, according to the results of the analysis of KNMI in partnership with the world weather Attribution.

This means that every year there is a 3-procentnaya the probability of cold events, as one of the last few days or more cold. The temperature of these cold waves has increased since 1950, This increase is not statistically significant because of the variability of the weather, but climate models show the same increase. Without climate change, this weather was a few degrees colder, says the analysis of the KNMI. 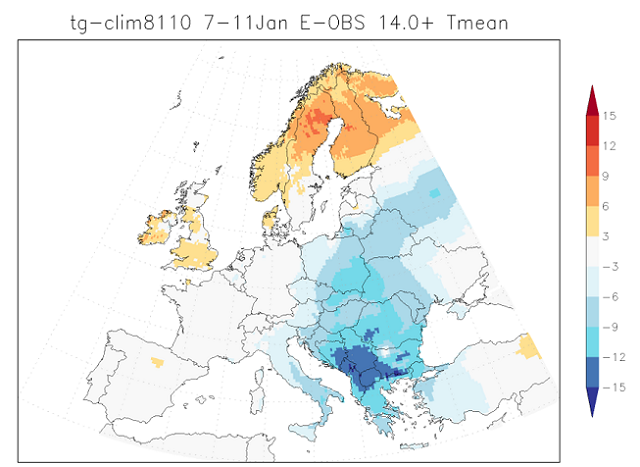 A deviation from the norm, the average daytime temperatures, 7-11 January 2017, KNMI 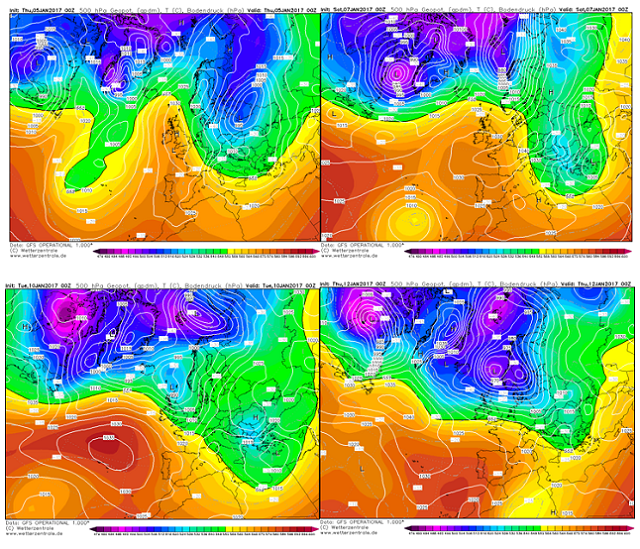