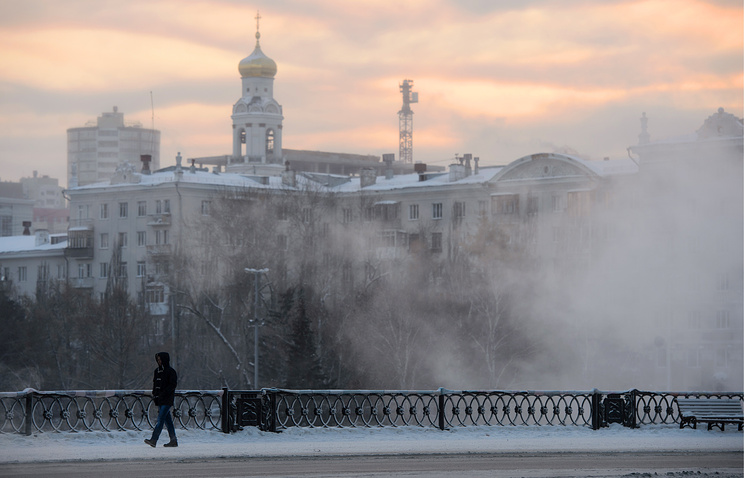 The anomalous frosts established on the territory of the Urals Federal District (UFD) testify to the onset of a cold cycle on the planet, which will last about 30 years. This was reported on Monday in the press service of the Tyumen Industrial University (TIU) with reference to the professor of the university, academician of the Russian Academy of Sciences Vladimir Melnikov.

Earlier it was reported that in places in the Urals the air temperature dropped below the climatic norm to minus 42 degrees, and in the Yamalo-Nenets Autonomous District (YaNAO) to minus 50. Because of the cold weather in some cities, classes in schools were canceled.

“Lowering the temperature during the cold cycle is the norm, and there is nothing wrong with that, we should rejoice at this phenomenon, because many systems will return to the state that was before the warm cycle.” The restoration of the ice cover of the Arctic, the snow cover on the Yamal Peninsula, the former temperature in our northern seas will return, “he said.

According to Melnikov, the warm and cold cycles on the planet change over time. “Now we have entered a cold cycle that will last for 30-35 years.In cold cycles there are periods with an abnormally low temperature, which we can now observe,” the scientist said.

TIU was founded in 2015 after the merger of the two largest technical universities in the region. Seven large-scale projects are being implemented in the university, one of which is devoted to improving the effectiveness of the development of the Arctic zone of the Russian Federation.