Abnormal frosts in the Republic of Komi and Arkhangelsk region, Russia 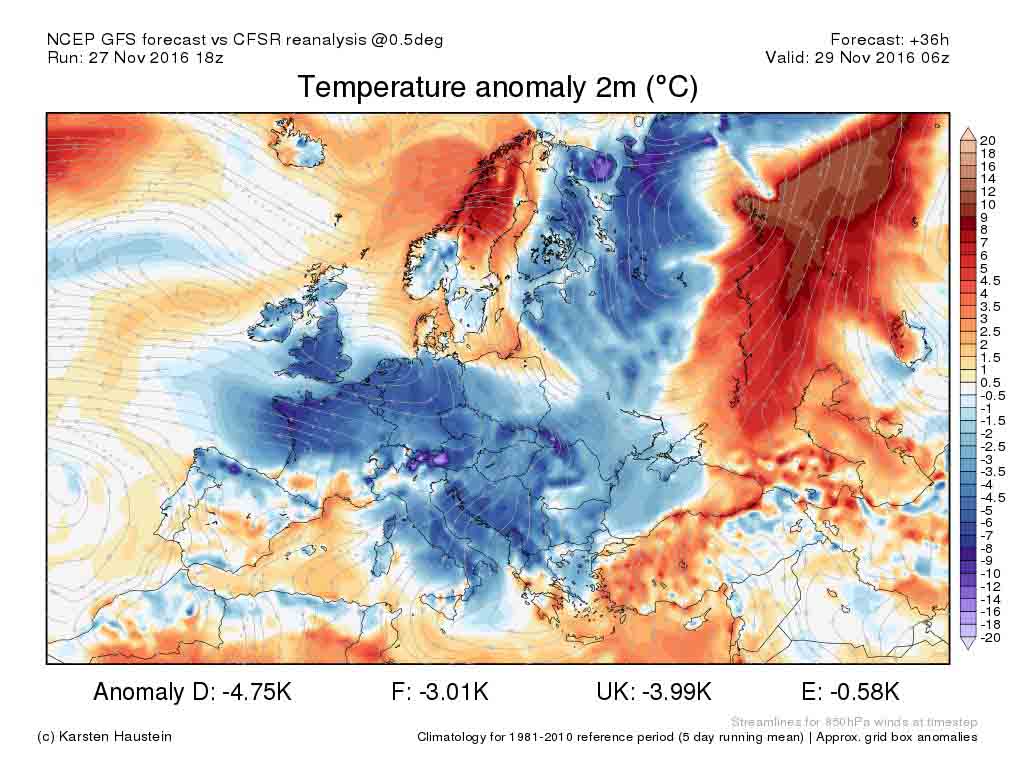 In some Northern regions until the first of December will be established abnormally cold weather. In the rear of the Atlantic cyclone, which will go to Siberia, spreading cold from beyond the Urals.

Warning of hard frosts is valid for the Komi Republic and the Eastern districts of the Arkhangelsk region. 28 November in the city of Naryan-Mar and Syktyvkar observed deviation of daily average air temperature from the climatic norm by 10° or more below normal. 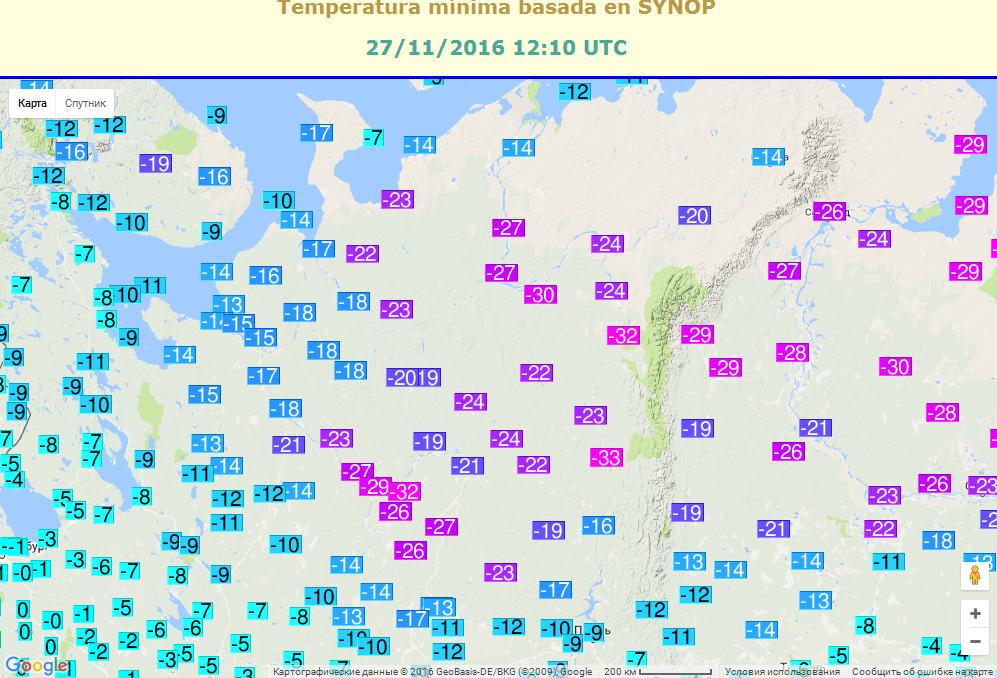 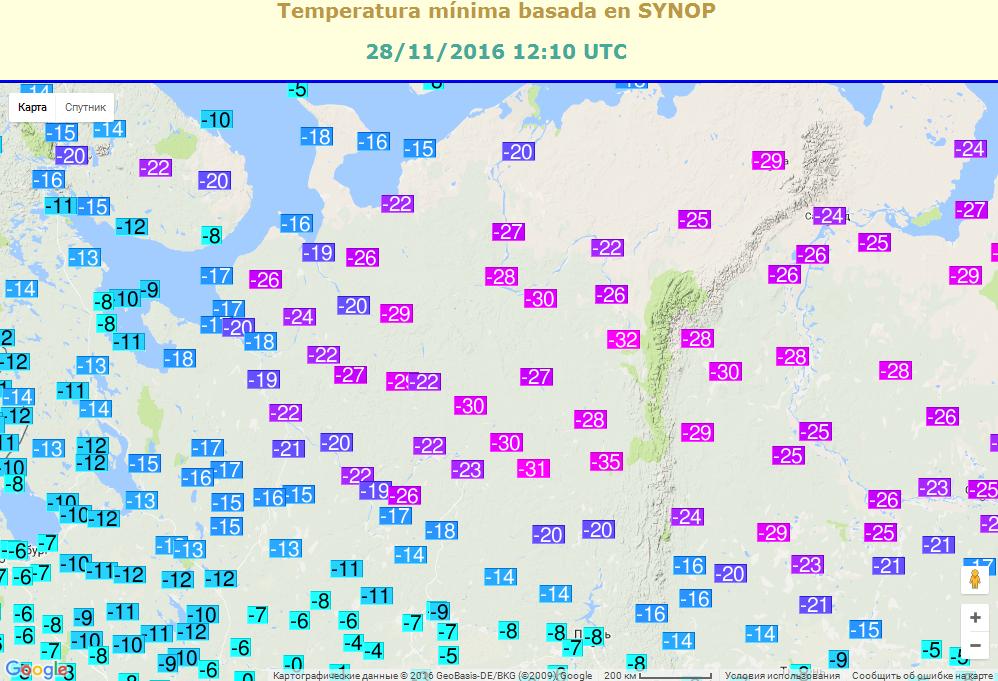 Abnormally cold weather with average daily temperature below normal on November 29 in the Arkhangelsk region (7° or more), 30 November-1 December in Komi (10° or more).

In the period from 28 November to 2 December in the Eastern part of the Arkhangelsk and Vologda regions in places is expected abnormally cold weather with average daily temperature of 7° or more below normal.