Abnormal frosts on the black sea coast of Russia 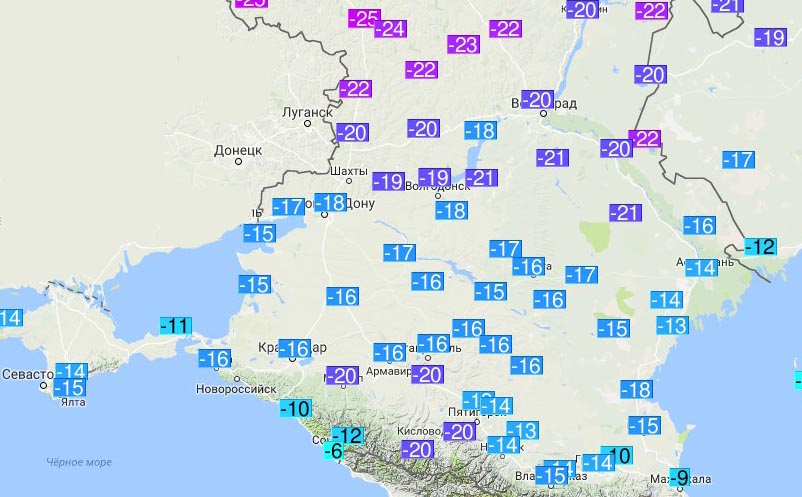 Very cold weather persisted in the Crimea. In Yalta 30 Jan updated absolute low season (-5,1). In Nikitsky Botanical garden, the thermometer showed -7,7, in Feodosia — up to 9.2 per. In Novorossiysk abnormally low temperatures accompanied by ice boron (up to 30 m/s). In the mountains of Sochi on the highlands snow depth is 250 see the Reason for the biggest anomaly this winter in the South of Russia became Arctic invasion and subsequently developed a high cyclone. In a deep hole the last numb from the cold troposphere. Frosty weather in the South of Russia will continue until the end of the week.

Forest (from boreas (Greek.) “North wind”) — gusty cold wind that occurs in some coastal areas and due to the peculiarities of the terrain. Reaches Gale force (40 to 60 m/s).