Abnormal heat beats records all over the world 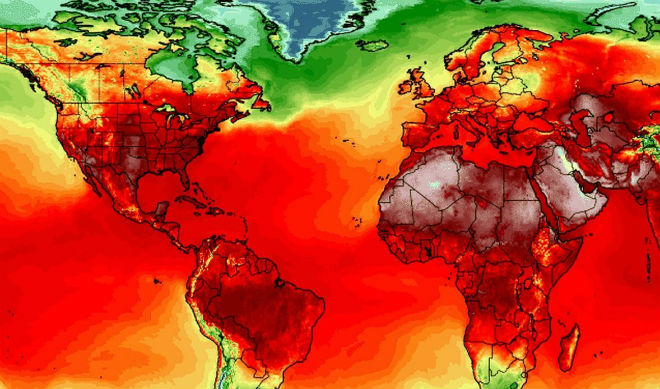 Abnormal heat this summer is recorded at various points of our planet, including the USA, Canada, Great Britain, the Middle East and even Northern Siberia.

Extreme heat, in particular, swept the Canadian province of Quebec, the most severely affected Montreal. The victims of record heat in the east of the country were at least 54 people.

In Northern Siberia, along the coast of the Arctic Ocean, on July 5, the temperature soared to a record +32.2 ° C, which is absolutely unbelievable for this region.

Thursday in Africa, probably, was recorded the hottest temperature. Thus, in the city of Ouargla, Algeria, the thermometer columns rose to +51.3 ° C. If the data is confirmed, it will be the highest temperature in Africa in history. The previous record of +50.7 ° C was set July 13, 1961 in Morocco.

Abnormal heat is observed in the USA. So, on July 6 in Los Angeles, the temperature rose to +43.8 ° C, as well as in some other areas of Southern California.

Last week, excessive heat swept the UK. From the heat, the railway rails and the roofs of the houses of the British melt. In some places, the thermometer bars reached +33.2 ° С.

The record heat last week also covered a number of the Eurasian countries, in particular, Iran, Azerbaijan, Armenia and Georgia. In some places the air temperature reached +53 ° С.