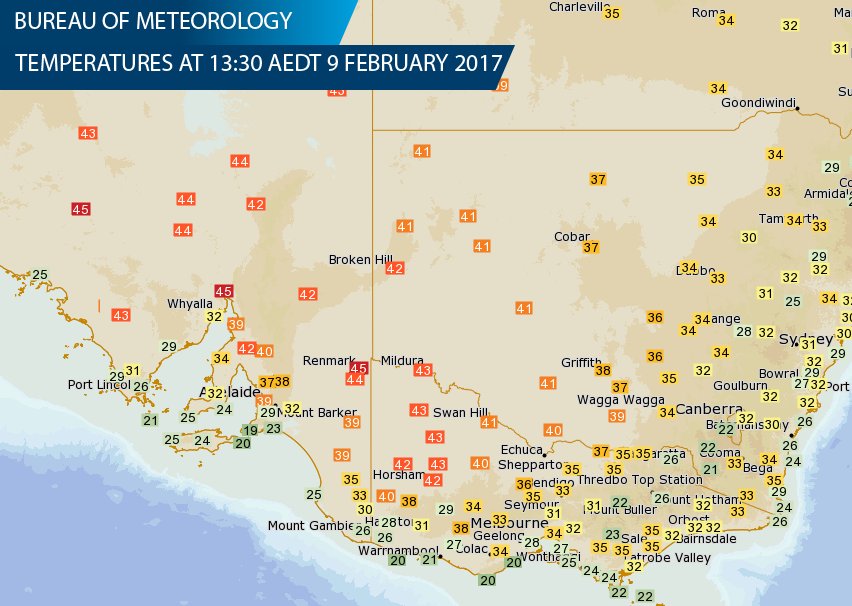 In South Australia, the temperature rose to 48.2°C. ten people were taken to hospitals. In the southern areas of Queensland recorded the highest temperature of 46°C.

Authorities urged not to plant fires, to avoid the occurrence of forest fires. Because of the extreme heat, there were problems with the power supply of the settlements were left without light more than 40 thousand houses.