Abnormal heat in Europe can become the norm 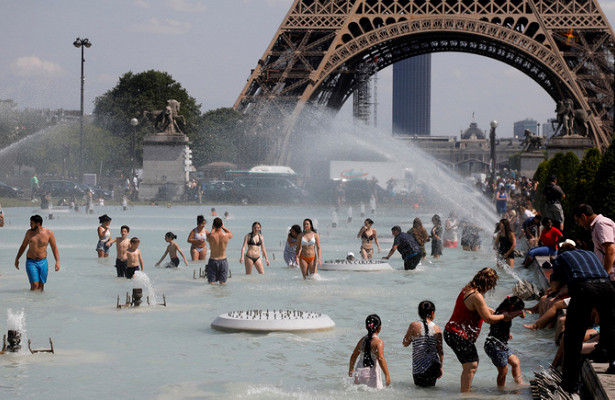 Climate change associated with human activity caused an outbreak of abnormal heat in Europe in June, writes The Guardian, citing a report from European scientists. At the same time, experts say, if the trend observed this summer continues, the abnormal heat in Europe will become the norm, which will entail serious consequences for the health and lifestyle of people.

Climate change has made outbreaks of abnormal heat, similar to those that France and other European countries are experiencing today, are five, and perhaps even a hundred times more likely than a century ago, The Guardian writes, citing a recent study by European scientists.

According to the researchers, the outbreaks of heat that engulfed Europe in June are 4 ° C higher than those of the past century, and also happen more often than climate models predict.

As the newspaper notes, the record heat caused forest fires in Germany and Spain, caused many disruptions in the daily life of the continent, and also led to many premature deaths.

According to one of the authors of the study, Frederick Otto of the University of Oxford, the outbreak of heat “was another important reminder that climate change is taking place here and now. This is not just a problem for our children. ”

Another member of the team of researchers Gert Van Oldenburg from the Meteorological Institute of the Kingdom of the Netherlands is sure that if the tendency observed in the outbreaks of heat continues, similar periods of abnormally hot weather in June will become the norm.

“Both observations and modeling demonstrate a steady tendency to intensify periods of intense heat. At the same time, the observed trend was more intense than the simulated one, but we still do not know why, ”the specialist noted.

As the publication explains, more frequent and intense outbreaks of heat make global warming caused by carbon dioxide emissions due to the combustion of fuel and other human activities. At the same time, as another study published in June showed, forest fires that engulfed the Northern Hemisphere in 2018 also resulted from climate change that is of an anthropogenic character.

According to Otto, who based his findings on observations and climate models, global warming caused by human activity increased the likelihood of heat outbreaks in France at least five times. If only observational data are taken into account, this probability increases by 10, and potentially by 100 times compared with the last century.

According to scientists, these changes are partly due to changes in land use, soil moisture and irrigation methods, as well as urban growth and atmospheric pollution — each of these factors can affect air temperature.

“We knew that June in Europe was very hot, but the data of the Copernicus program for June show that the temperature records were not just broken, they were erased,” Hannah Klouk, professor of the University of Reading, shares with the newspaper. “As the flashes of heat become more frequent in order to cope with them, we will have to change our lifestyle.”

The Executive Director of the Lancet Commission on Health and Climate Change, Nick Watts, warns that the consequences of increased heat will be increased acute heart disease, an increase in hospitalizations and premature deaths, as well as an increase in the burden on health care systems, and therefore will require additional funding.