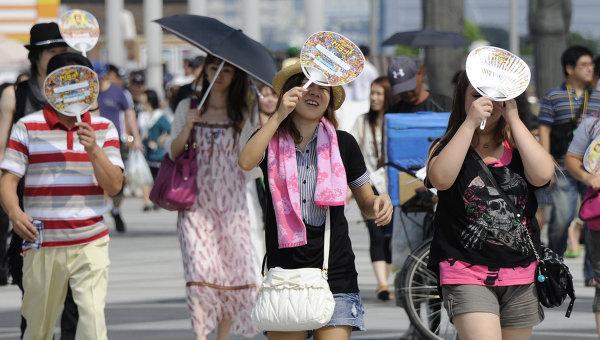 At least three people died, more than 3,4 thousand were hospitalized with heat shocks in Japan between June 25 and July 2 due to extreme heat. This was reported on Tuesday by the Chief Fire Department of Japan, which also performs the functions of the Emergency Ministry and ambulance.

In total, a total of 3,473 people were hospitalized in the country, which is 5.2 times more than during the period from June 18 to June 25. The hands of thermometers last week were confidently holding above the mark at 30 degrees Celsius.

In 2017, because of the heat in the country, 44 people were killed, tens of thousands were hospitalized. The authorities urge people to use as much liquid as possible, to wear headgear and try not to spend much time in the sun.