Abnormal rain in the Novgorod region of Russia 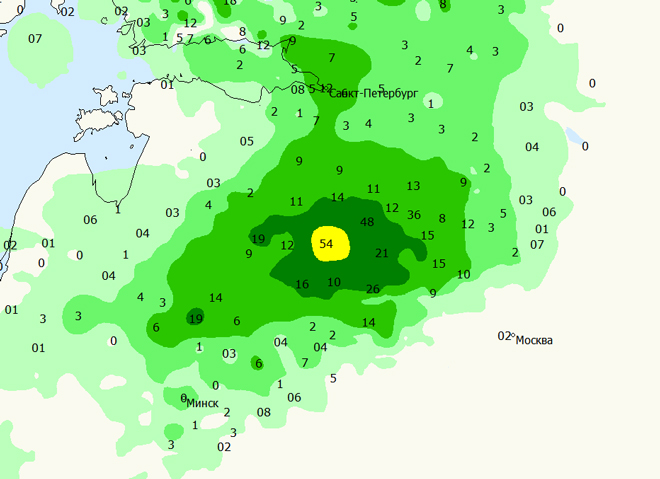 The development of events confirmed the validity of the storm warning of very heavy rains in the North-West of Russia. According to monitoring data, during the day of August 2 in the Novgorod region, the intensity of rainfall reached the criteria of a dangerous phenomenon.

At the meteorological station “Kholm” for 4 hours, 51 mm of precipitation fell. The total amount of daytime precipitation reached 54 mm. Close to this (48 mm) was recorded in Demyansk.