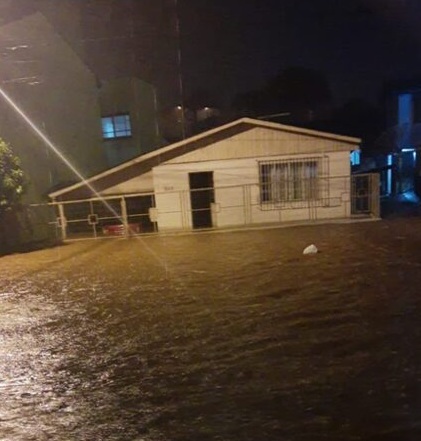 The monthly rainfall fell in just 2 hours in the municipality of Lagoa Vermelha in the state of Grande do Sul in southern Brazil. High winds and lightning were also reported.

The municipality is considering the possibility of declaring a state of emergency in connection with the damage caused.

Most of the damage was done in the Rodriguez area. The districts of Center, Gaucha, Medianeira, Zhantil and San Sebastian were also severely affected.

Civil Defense reported 112.2mm of rainfall in just two hours. Local observers suggested that the rainfall exceeded 220 mm. In a typical February, the city receives about 118 mm of precipitation.