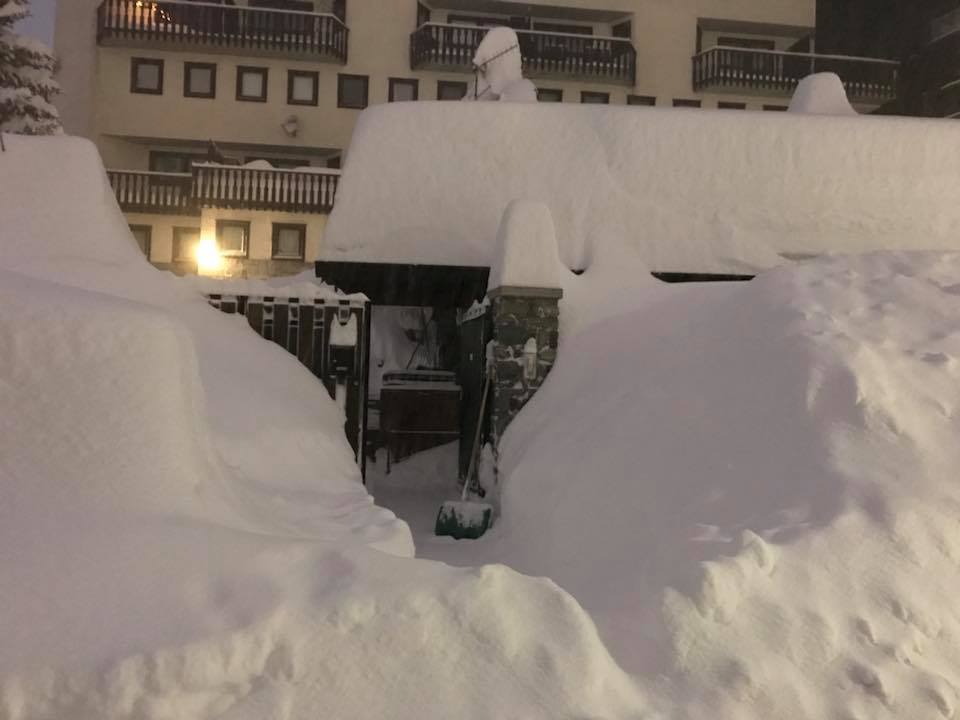 Northern areas of Italy covered with a heavy snowfall. There on Friday in just a few hours almost 2 meters of snow fell. Abundant snowfalls create the danger of avalanches and more than 10 thousand people were blocked in the ski resort of Cervinia (Valle d’Aosta region). Now the traffic has been completely restored there.

In Germany, to the west of the country, a squally wind and downpours fell.

Cyclone “Burglind” provoked an increase in the water level in the rivers. Right at 60 cm above the norm rose water in the river Rhine in the line of Cologne. Within a few days, Fulda and Lan can escape from the coast, flowing mainly through the territory of the federal state of Hesse in the central part of the country.

In France, in 14 departments in the east, north and south-west of the country, the penultimate level of meteorological threat is announced due to the high risk of flooding. In Paris, due to heavy rains, the water level in the Seine increased by more than 3 meters.

Because of the unusually warm for January weather, chamomiles have prematurely dissolved in Poland. There, the daytime temperature reaches about 10 degrees Celsius.