Activity on the Ebeko volcano 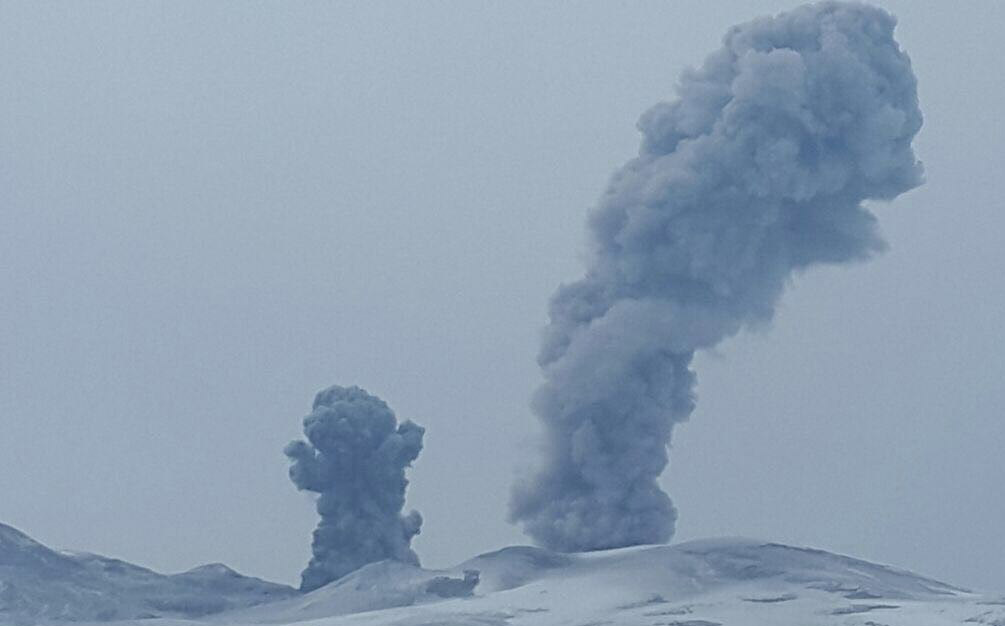 On the Kurilsk Ebeko volcano, there were 12 ash emissions from two craters. The strongest ash emissions reached 2.6 km above sea level.

On 12 April, 12 emissions were observed. Their height reached 2.6 km above sea level. As a rule, there was a powerful steam-gas emission with various amounts of ash. They did not pose a particular threat to the population, since large ash quickly disappeared in the vicinity of the volcano, and the thin one dissipated.

Weak ash falls are observed in North Kurilsk, this is dangerous for people who have problems with respiratory diseases.

A serious threat exists for tourists who decided to go to the volcano, as new ash emissions can occur at any time.