Activity on the volcano “Tinakula” 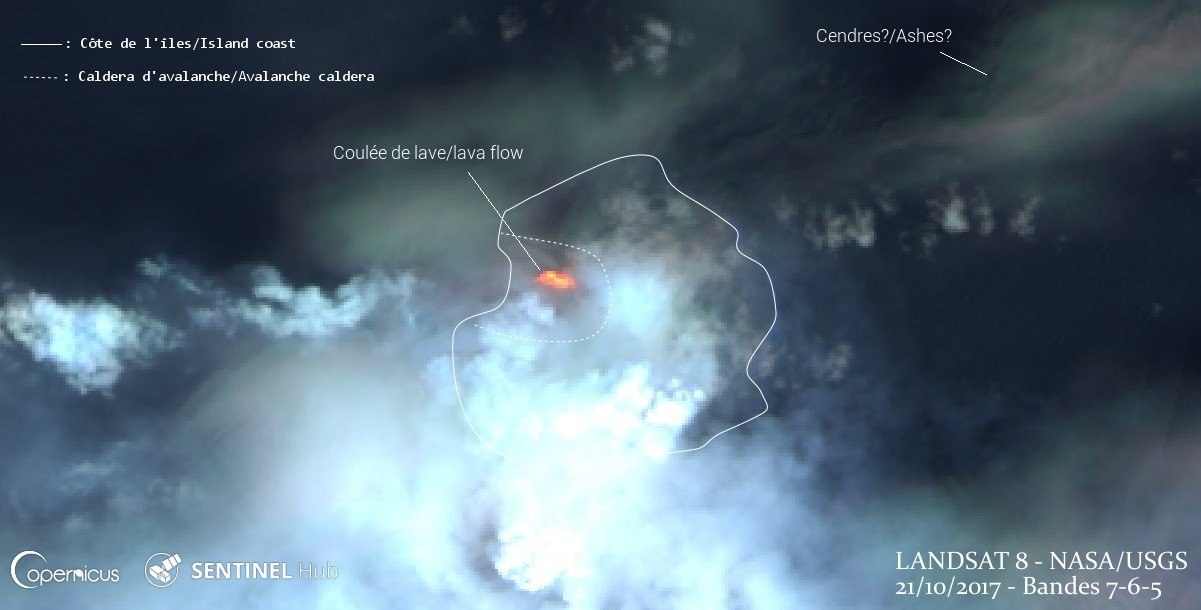 Tinakula – stratovolcano to the north of the island of Nendo, is part of the province of Temotu Solomon Islands. Now the island is uninhabited. The last recorded eruption was in 2012.

Intermittent lines – a volcanic avalanche in connection with the destroyed dome of the volcano.
The solid line is the coast of the island.