Aerosols accused of increasing drought in the tropics 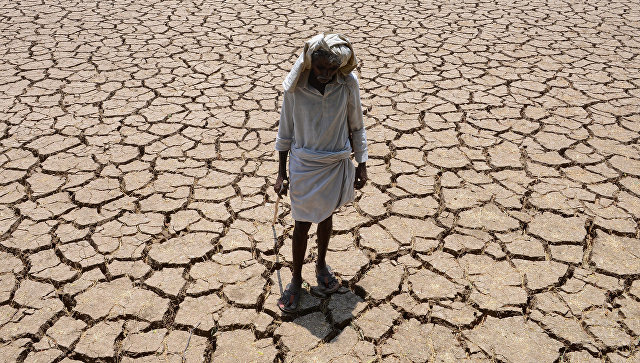 Frequent droughts in the tropics, as well as floods and torrential rains that swept the equatorial countries of the Earth, were generated by the unusual interaction of aerosols and clouds, according to an article published in the journal Nature Geoscience.

“We found that the interactions between aerosol particles and clouds caused large-scale shifts in how precipitation was deposited during the last half of the 20th century and will play a key role in precipitation in the tropics in the future,” says Eui- Seok Chung) from the University of Miami (USA).

It is believed that aerosols – microscopic droplets of liquid substances and solid particles – reflect some of the sun’s rays and contribute to the condensation of moisture in the clouds, which noticeably “cools” our planet. Most climatologists assume that most of the aerosols are formed due to the action of ammonia vapors and sulfuric acid in the lower layers of the atmosphere.

As recent climatic studies show, a sharp increase in the concentration of aerosols in the atmosphere in the last 10-15 years is one of the reasons why global warming somewhat slowed its course in 2000. Therefore, many scientists today are seriously thinking about how to start artificially sowing Earth’s atmosphere with aerosols for an even greater slowdown of warming. Other climatologists are skeptical about this, referring to the low effect of aerosols on climate.

Chun and his colleagues found out that aerosols can affect not the temperatures most, but how precipitation falls in the equatorial and tropical climatic zones of the Earth, analyzing how the pattern of rainfall on the planet has changed over the last 20-30 years.

These changes, as scientists previously believed, were associated with shifts in the nature of the movement of winds, which are caused by an increase in the temperature of the surface waters of the world’s oceans and the overall increase in average annual temperatures. Observations of American climatologists show that at least one more factor is involved in this process: the growth of droplet concentration and aerosol particles in the atmosphere.

As the calculations of scientists show, the addition of aerosols to climatic models that lack global warming and an increase in the concentration of greenhouse gases can in itself lead to serious changes in the nature of precipitation, shifting them toward the equator and the temperate belt from the tropics, where today there are constant Drought.

The reason for all these changes, according to climatologists, is that aerosols make clouds in the tropics more dense and shorter-lived, so that the sediments at the equator and in the temperate zone where rain clouds form occur today more often than in the past. Accordingly, the same mechanism explains why the tropical regions of all continents of the world are increasingly covering large-scale droughts.

This factor, according to climatologists, should be taken into account when predicting the further consequences of global warming and what political and economic problems it can cause in those countries of the tropics where there is already a shortage of food and a permanent crop failure due to drought.