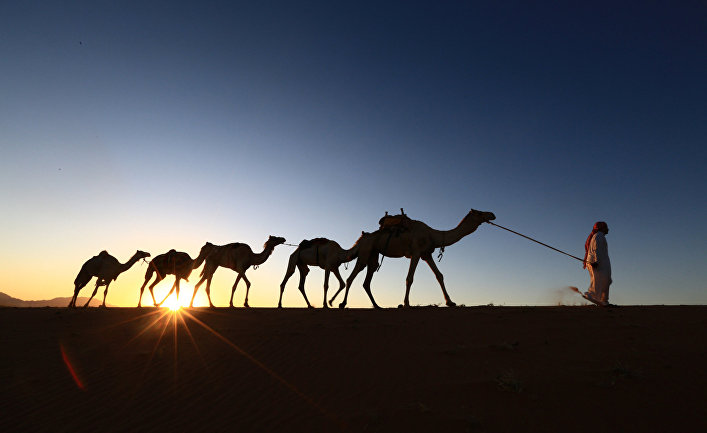 Ten years later the heat in North Africa and the middle East may become so strong that living there would be impossible. The consequence would be a mass Exodus, written by the staff of the chemical research at the max Planck Institute in Mainz, which has prepared a new research report, together with colleagues from the Cyprus Institute in Nicosia.

“In the future, the climate in large regions of the Middle East and North Africa may change in such a way that the life of the local inhabitants will be in danger,” — says the scientific Director of the EU Lelieveld (Jos Lelieveld) working in these institutions.

Lelieveld writes about how the hot climate will affect the environment and human health.

“Prolonged periods of extreme heat and sand storms can make some regions uninhabitable. This could definitely promote them need to leave,” says the Professor.

More than 500 million people live in those areas, where currently the summer is very hot. It is already noticeable climate change: the number of extremely hot days has doubled since 1970.

The intergovernmental group of experts on climate change (FNs klimapanel) working to ensure that global temperatures did not exceed the norm dobromyslova period (defined as 1850) is 2 degrees. Scientific report shows that if the violation of this boundary temperatures in the summer in North Africa and the Middle East will be twice as high.

In 2050 the night temperature will not fall below 30 degrees and during the day it can go up to 46 degrees. By the end of the century in the middle of the day the temperature can rise to 50 degrees, and periods of great heat may occur ten times more frequently than today.

“If humanity continues carbon dioxide emissions to the current level, the population of North Africa and the Middle East, according to our model, should be prepared for the fact that an unusually strong heat will continue for 200 days,” says researcher of the Cyprus Institute, Hadjinicolaou Panos (Panos Hajincolaou).

The boundary of 2 degrees was this year broken twice. However, for a short period, but scientists are still very concerned.

Earlier, the team of scientists discovered that since the beginning of 2000-ies dramatically increased air pollution in the middle East. This is explained primarily by the increase in the number of sand storms, which in turn, due to longer dry periods. If the temperature increases, this trend will also increase.

Scientists are working on the basis of two scenarios. The first involves the reduction of gas emissions from 2040 in accordance with the settings of the Treaty of Paris, in order not to exceed the rate of global warming by 2 degrees, or even better 1.5 degrees. The second scenario assumes gas emissions in the current volume, the so-called scenario a “business as usual”.

Developments in the last scenario will lead to a global warming of 4 degrees. In North Africa and the middle East the most intense heat will take place in the summer (which is now very hot), but not in the winter, which usually occurs in other places on the planet.

This is because the desert areas of the region have contributed to the increasing heat. While the surface of the earth in other places, is cooled by the evaporation of groundwater, this is not happening in the hot desert, and the greenhouse effect increases.

It follows from this gloomy conclusion that both scenarios will lead to the deterioration of living conditions of the population of North Africa and the Middle East, causing mass Exodus of people from this region.