Air pollution in Beijing is 20 times higher than normal 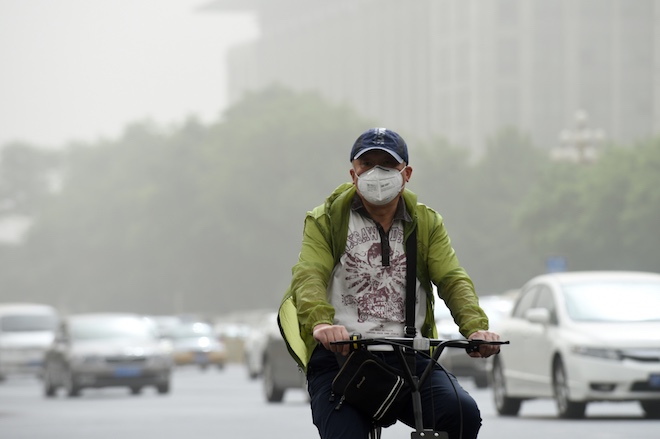 The air condition in China’s Peking and in the north of the Middle Kingdom deteriorated sharply. Measurements made on Thursday morning, May 4, showed that the concentration of harmful particles in the air exceeds the norm by 20 times.

The Chinese authorities recommended that the population suffering from the quality of air areas stay at home and at the maximum reduce their stay on the street. The elderly and children should pay special attention to the government signal.

Smog overwhelmed Beijing because of the dust storm that covered the metropolis the day before, the night from Wednesday to Thursday.

Recently, such situations have become commonplace for China. Air quality is falling because of the huge volume of toxic emissions from factories and plants and charcoal heating popular among non-poor people.

In January, Beijing experienced the strongest smog pollution, in connection with which the “orange” weather alert was announced. In this difficult period, officials announced the establishment of an environmental police, which will monitor cases of illegal burning of garbage, wood and other biomass.