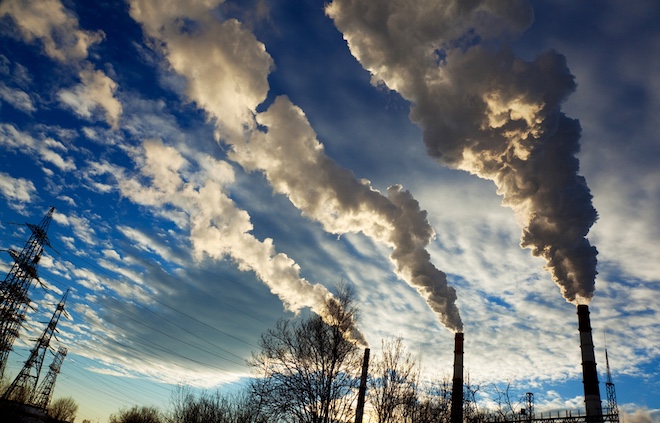 Air pollution can increase the likelihood of heart attacks, as there is a drop in the level of “good” cholesterol in the blood. Such conclusions were drawn in a new study, which involved more than 6.5 thousand US residents between the ages of 45 and 84. Scientists associated black carbon (the consequence of air pollution by vehicles) with a lowered level of HDL cholesterol, also called high-density lipoprotein cholesterol (HDL), a high level of which protects against heart attacks, and low – increases the risk of heart disease.

The greater number of small particles known as PM2.5, which are produced from the combustion of fossil fuels, have also been associated with a reduced level of HDL. The study emphasizes that air pollution, a large part of which remains invisible to us, causes serious health problems. The British Heart Foundation called him “a silent killer”, who is responsible for “a lot of changes in the body”, such as, for example, increasing blood pressure.

The researchers found that a high concentration of PM2.5 over a three-month period was associated with a decrease in HDL-P cholesterol, and higher average annual concentrations of carbon black with a low HDL-C level. At the same time, a decrease in the level of HDL-C is a traditional risk factor for the occurrence of cardiovascular diseases. In women, the influence of pollution on the level of cholesterol was higher than in men.

However, it should also be noted that sometimes the correlation between the two factors can arise even when the relationship turns out to be indirect. For example, the risk of death of a person watching TV for several hours every day is higher than average. But this affects the inactive way of life, and not the TV itself. According to Nilesha Samani from the British Heart Foundation, although it is obvious that air pollution is detrimental to health, it is necessary to allocate funds for additional studies to study the effects of air pollution on the cardiovascular system. 40,000 deaths every year in the UK are associated with air pollution and, according to him, 8 out of 10 causes a heart attack or stroke.

According to Samani, the study in itself is not fully evidence of a direct link between air pollution and heart disease, although the correlation is clearly traced. However, recent studies have questioned the association of low levels of “good” cholesterol and heart disease. Air pollution entails many changes in the body – for example, it also raises blood pressure and it is therefore difficult to understand how high the contribution of just the cholesterol level to the risk associated with pollution. Therefore, it is too early to make final conclusions, although it is clear that air pollution is a serious danger to heart health.