Alaskans want to move because of global warming 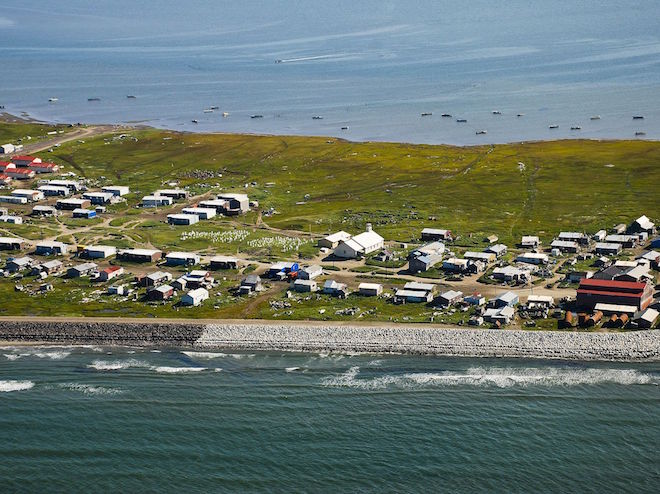 The villagers of Shishmaref in Alaska with a population of about 560 people voted for relocation to other place due to the threat of rising sea levels caused by global warming. The vote was as follows: 89 for, 79 against.

In July 2002 the villagers have tried to relocate, but faced a number of logistical difficulties, such as finding a new home and a lack of funding.

The village lies on a narrow strip of beach with a length of about 5 kilometres and a width of about 400 meters. To the North is the Chukchi sea, to the South the narrow Strait. Most of the inhabitants are indigenous Inuits engaged in hunting, fishing and gathering.

According to the testimony of old residents of the village over the past 15 years they had to move 13 houses from one end of the village to the other in connection with the erosion of the land, caused by the melting of permafrost, rising sea levels and unpredictable storms. The population fears that in the next 20 years the whole island will sink under the water.

Specialists of the US army has estimated that the relocation of the village to the mainland will take 179 million. Last year, the Ministry of internal Affairs of the United States has allocated $ 8 million to assist native Americans, faced with the problem of global warming.