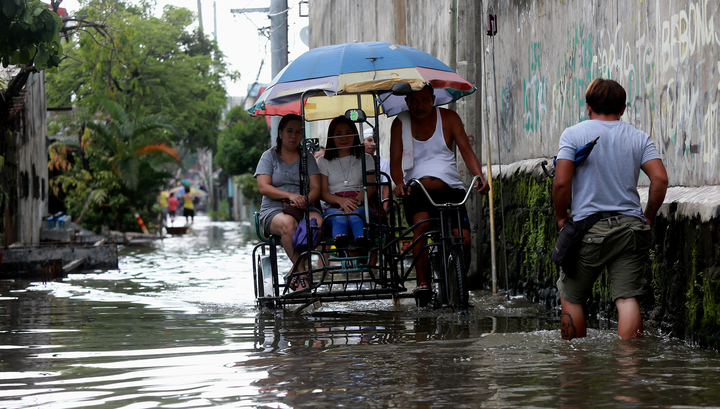 In the east of China in the city of Shanghai authorities evacuated to safe places 192.7 thousand people because of the typhoon “Ampil”, approaching the coast of China.

Earlier, the authorities introduced an increased level of meteorological danger, RIA Novosti reported. According to forecasts of weather forecasters, the tenth this year the typhoon will collapse on the coast of Zhejiang and Shanghai around noon local time (7:00 Moscow time) on Sunday, July 22. At 5 o’clock in the morning the typhoon was at a distance of 145 kilometers from the coast of Shanghai. At a speed of about 25 kilometers per hour, it moves in the north-west direction. At a time when “Ampil” reaches the coast, its speed will increase to 90 kilometers per hour.

The authorities in Zhejiang Province also announced an evacuation, but it was not so large – 38,000 people were transferred to safe places.

More than 29,000 ships (including 22,900 fishing boats) returned to shore from coastal areas. The authorities do not recommend going to sea in the next two days. Closed tourist facilities, exits to the embankments and beaches, construction sites and entertainment parks. Major sporting events scheduled for Sunday have been canceled or postponed.