Along the coast of Mexico again there was an earthquake 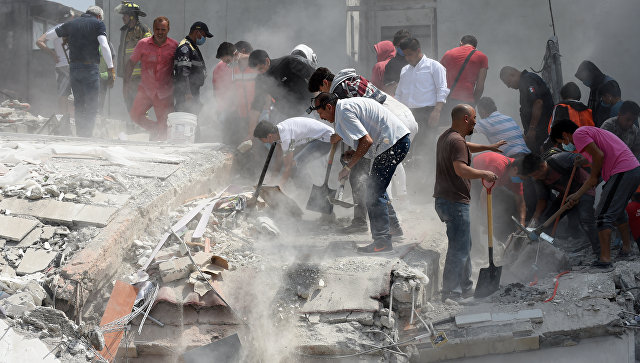 An earthquake with a magnitude of 5.7 occurred off the coast of Mexico, the European Mediterranean Seismological Center (EMSC) reports.

Underground shocks were fixed at 10.06 UTC time (13.06 Moscow time). The epicenter was located 51 kilometers south of the city of Paredon in the state of Chiapas. The hearth of the earthquake lay at a depth of 60 kilometers.

Earlier in Mexico there was a powerful earthquake of magnitude 7.1. Underground shocks were fixed at 18.14 UTC (21.14 Moscow time). Powerful shocks in southern Mexico reached Mexico City, where 44 houses were destroyed. Subsequently, two more earthquakes with a magnitude of 5.8 and 6.1 were reported. Victims of poetry, according to recent reports, were 305 people.