Already two-thirds of the Great Barrier Reef has become discolored 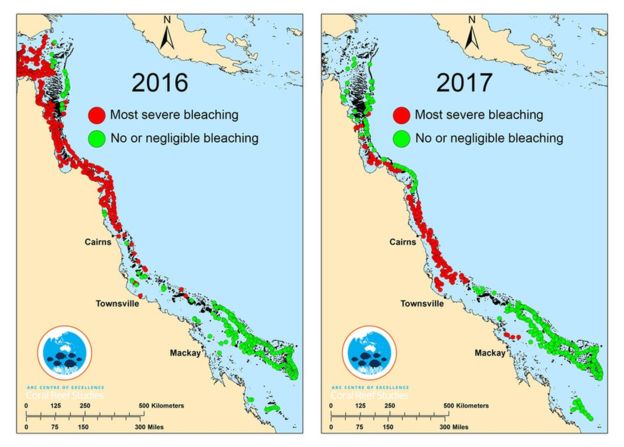 According to scientists, bleaching – or loss of symbiotic algae – affects the 1,500-kilometer section of the reef. The last loss was in the middle, while last year the northern one was mostly affected.

Experts fear that the temporary proximity of these two events can deprive the affected corals of the chance of recovery.

Professor Terry Hughes of the University of James Cook said that governments must urgently address the problem of climate change in order to prevent further discoloration.

“Since 1998, we have observed four such events, and the gap between them varied significantly, but the last interval was the shortest,” Professor Hughes said in an interview with the BBC. “The sooner we take action on global greenhouse gas emissions And the transition from fossil fuels to renewable sources, the better. ” 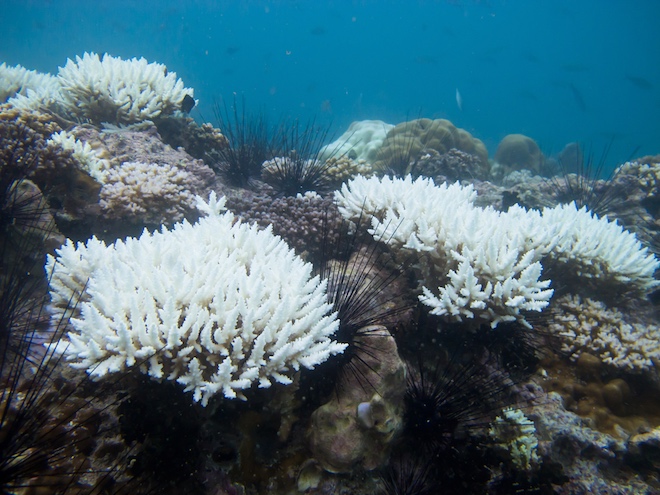 The Australian Center for Excellence for Coral Reef Studies estimated the condition of nearly 800,000 coral reefs with a length of 8,000 km. The study showed that only the southern section remained relatively unscathed.

According to Dr. James Kerry, the natural site suffered an unprecedented damage: “For those reefs that were hit two years in a row, it’s actually a double blow. They had no chance to recover from last year’s events. ”

The rise in temperature of water coming from two natural warm currents, and anthropogenic climate change, as the oceans absorb about 93% of the increase in the heat of the Earth.

Discoloration occurs when corals under the influence of stress displace algae of zooxanthellae that impart color to them. If the conditions come back to normal, the corals can recover, but it will take more than a decade. In case of prolonged stress, they will die definitively.

The Great Barrier Reef extends from the northern tip of Queensland to the southern city of Bundaberg. Received the status of World Heritage Site in 1981.