Altai Krai was covered with snow 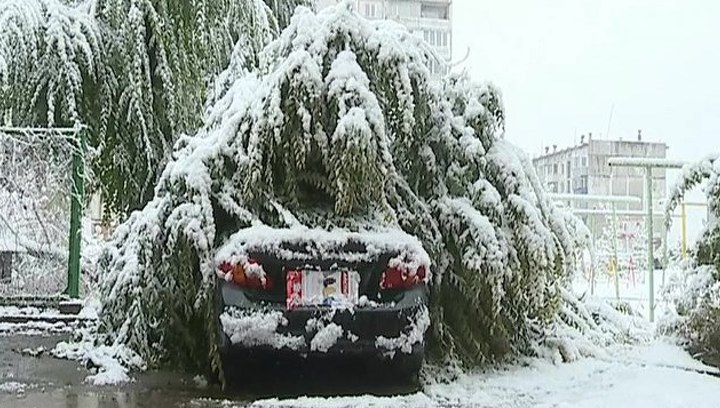 Heavy snow passed to the South of the Altai territory and the Altai Republic. In Belokuriha — all in the drifts, on roads — ice, under the weight of wet snow, broken branches of trees.

In Belokuriha the amount of precipitation significantly exceeded the daily rate. On the streets of the resort town all in the drifts, on roads – ice, under the weight of wet snow, broken branches of trees. The effects of the powerful eliminating snowfall from last night. 10 pieces of equipment clean and take out the snow. Operate all public utilities. From-for a wire breakage, the city had a power outage. Eliminated the problem all night. There were no injuries, the accident is not yet fixed, you can not say about Biysk.

There have been 23 accidents, two people were injured. Muddy snow on the road and ice underneath meant that the traffic in the city centre this morning was almost paralyzed. The buses and taxis, not to be behind schedule, toured the problem areas of the roads. On the outskirts of the city were in a traffic jam of heavy trucks, which simply could not climb up the mountain.

The snowfall created problems even to those motorists who did not leave the Parking lots. In one of the courtyards of Biysk under the weight of adhering snow collapsed tree trunk. The car, standing underneath it, severely damaged.