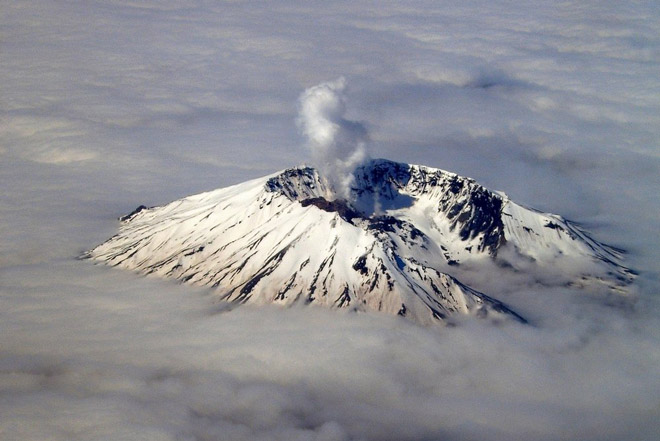 American volcano St Helens “powered” alien magma, scientists have found the University of new Mexico (USA). Donor volcanic magma for the St. Helens — area in the Cascade mountains to the East of the fire-breathing mountains. Researchers cannot understand why the molten rock comes to the volcano, not moving as they should, to the West.

Despite the absence of its own magma pool, St Helens erupting regularly and intensively. The last time the volcano threw lava in 2008. The most powerful eruption of St. Helens occurred on may 18 1980 — then killed 57 people.

History of eruptions has 40 thousand years and has no long breaks. St Helens is situated in the Pacific ring of fire, a region at the junction of oceanic and continental plates, famous eruptions and earthquakes.

The volcanoes, who get their powers at the expense of magma from other sources, called “zombies.” This volcano found in New Zealand in June 2016. New Zealand “zombie” pumped magma from the neighborhood that has caused numerous earthquakes.