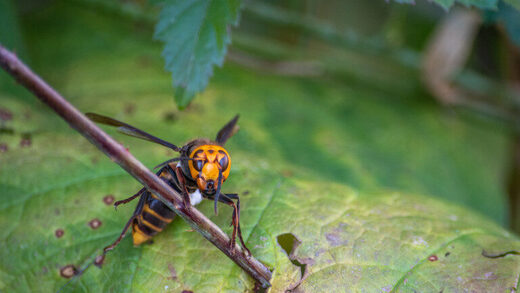 Entomologists in Washington state have discovered the first nest of the Asian giant hornet in the United States and are planning to eradicate it as an invasive species. Terrifying insects destroy local honey bees and can kill humans.

With a three-inch wingspan and powerful venomous sting, the Asian giant hornet is the world’s largest hornet species and a fearsome killing machine.

A handful of these creatures can devastate a honeybee hive in a matter of hours, decapitating hundreds of bees, and occupy their hive.

Entomologists at the Washington State Department of Agriculture (WSDA) first received reports of these hornets last December, and this week they managed to catch two of them. The hornets were equipped with tracking devices and scientists chased them to their nest in a tree in Blaine, Washington.