An adult bear wanders into Magadan (Russia) in search of food 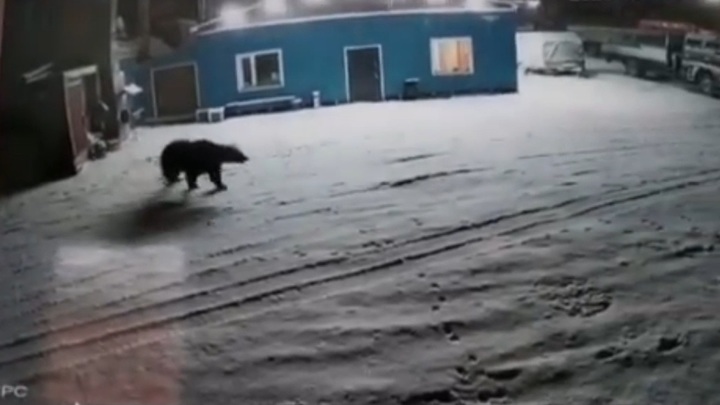 An adult bear wandered into Magadan in search of food. He was seen in several districts of the city, and the employees of the motor depot even had to compete with him in speed – the predator attacked the men who were barking dogs.

The incident took place on the evening of October 18. A local resident who was jogging was the first to stumble upon the footprints of the clubfoot in the newly fallen snow. A couple of hours later, the beast was already scouring the service station on the Marchekanskoye highway. The footage shows how he rushed at people, but they managed to hide in the room and thereby saved their lives.

Later, on the outskirts of the city, traces of the animal’s meal were found – a large number of claws and shells of crabs with remnants of meat, which he found in a dump. Experts urge residents to be extremely careful, since it has not yet been possible to track down the bear, and there is no reason for it to return to Magadan.