An earthquake of magnitude 5.6 occurred in Mozambique 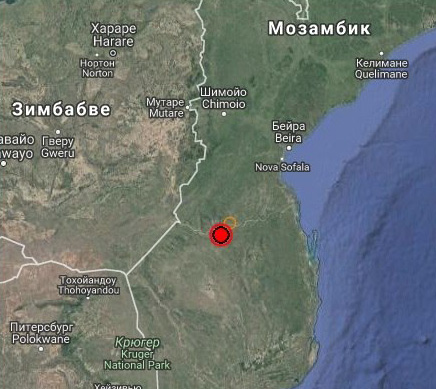 An earthquake of magnitude 5.6 occurred in Mozambique. The focus lies at a depth of 10 km. Epicenter was located at a distance of 243 km from the city of Beira.

Mozambique is a country in South-East Africa, former Portuguese colony, an independent state since 1975. Mozambique is washed by the Indian ocean on the East, bordered by Tanzania to the North, Malawi and Zambia in the North — West, Zimbabwe to the West and Swaziland and South Africa in the South. The state party of the Commonwealth of Nations, the Commonwealth of Portuguese-speaking countries and ACP countries.