An earthquake swarm recorded in the Campi Flegrei region, Italy 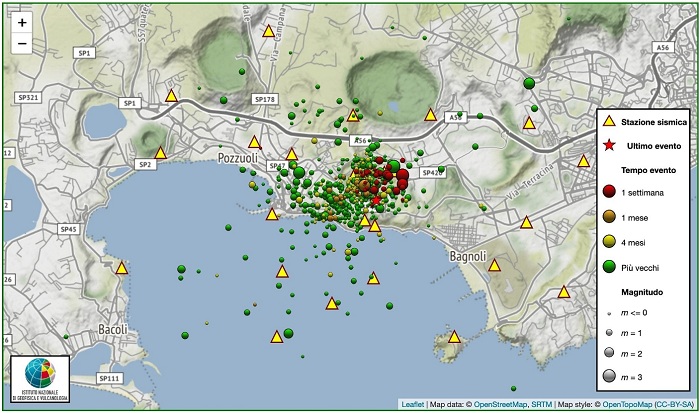 A seismic swarm occurred in the Campi Flegrei area near the fumarole Pisciarelli in the crater of Solfatar in Italy on the night of Sunday, April 26, 2020.

Seismologists from the Vesuvius Observatory (INGV Naples branch), who analyzed the events, did not find any anomalies regarding the current trend of the ongoing seismic crisis.

“The occurrence of tremors of seismic events, which in some cases can be felt by the population, usually occurs during a period characterized by bradyseismic activity,” they said.

Scientists at the observatory continue to research fumaroles in the Pizziarelli area and report that no new vents were opened.

7 days before April 21, the observatory recorded a total of 21 earthquakes in the Campi Flegrei region, with magnitudes up to 1.1.

Flegreysky Fields is a large volcanic area located west of Naples on the shores of Pozzuoli Bay, limited from the west by Cape Miseno, and from the east by Cape Posillipo, which in turn is the northern bay of the Gulf of Naples.