An earthquake with a magnitude of 4.1 occurred in the area of ​​Tuapse, Russia 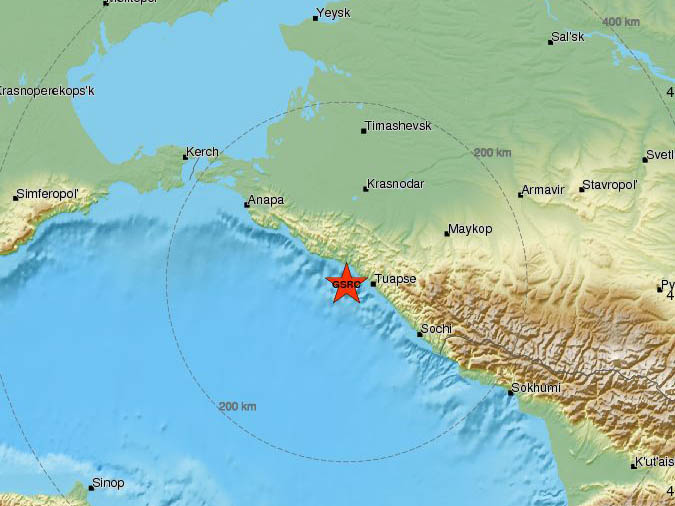 An earthquake of magnitude 4.1 was recorded in the area of ​​Tuapse. The epicenter of the earthquake was in the Black Sea offshore at a distance of 2.5 km from the coast.

“At 09:09 Moscow time, the Center for Crisis Management of the Emergency Situations Ministry on the edge of the information received information that a seismic event occurred in the Novomikhailovsky urban settlement in the Tuapse region.” The residents of the push were felt, “the Ministry said.

According to the municipal dispatching service of the Tuapse District, there are no victims or damages. Evacuation of the population was not carried out. On-site organized work of operational groups.

The objects of life support and economy work in a regular mode, the press service noted.