An earthquake with a magnitude of 7.7 occurred off the Mariana Islands 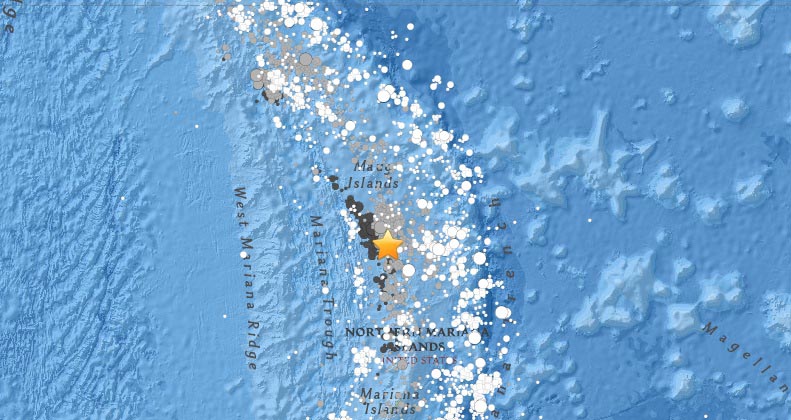 An earthquake of magnitude of 7.7 occurred off the Mariana Islands. The epicenter was located in the ocean and lies at a depth of 212 km. 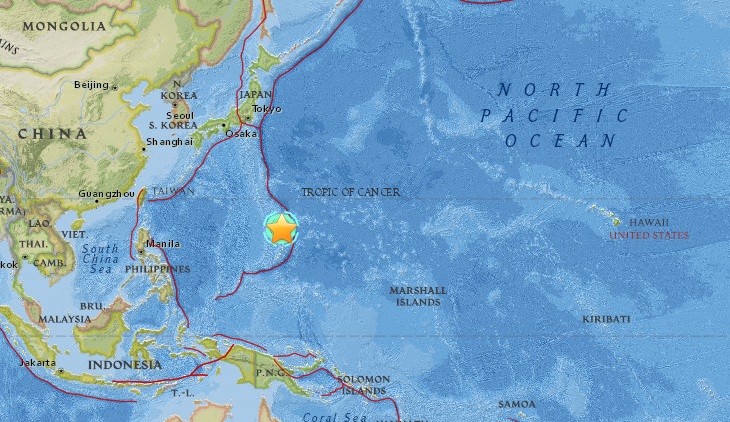 Geologically, the Islands can be divided into two groups: the older southern island arc (GUAM, Rota, Tinian, Agian, Saipan) and young volcanic Northern arc (the remaining Islands of the archipelago). The South island was formed approximately 15-20 million years ago (late Eocene — early Miocene). They all have similar structure and covered with a layer of limestone remains of ancient coral reefs. The band has experienced several rises. The Northern group is part of the Mariana arc where the Pacific plate goes under the Philippine. All the Islands of this group are stratovolcanoes. Most of the Islands are surrounded by coral reefs. Reefs of the southern Islands are older and better developed. In the area of the Islands located about 50 underwater volcanoes and the 11 volcanoes form Islands.