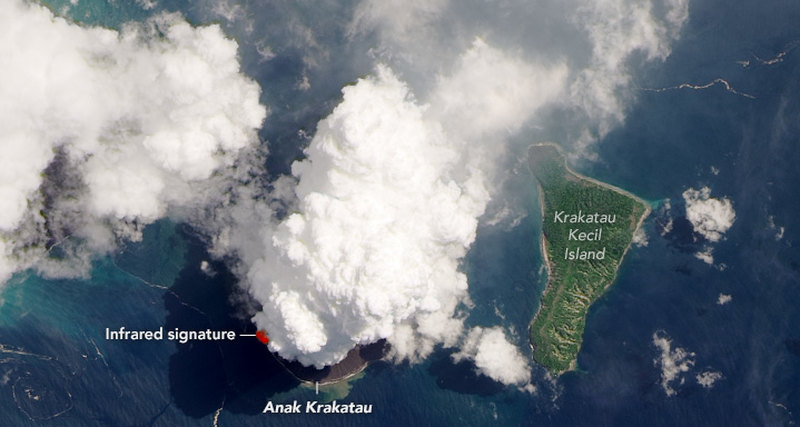 NASA-USGS Landsat 8 took a striking photograph of the eruption of Anak Krakatau volcano, located in the Sunda Strait, between the islands of Java and Sumatra. Plumes of ash and steam soaring into the tropical sky, and lava flows running into the turquoise waters of the ocean look very spectacular from orbit.

The image was superimposed infrared data made by one of the satellite devices. As a result, we see a red dot that is molten rock, explained Catherine Hansen of NASA’s Earth Observatory.

Anak Krakatau Volcano is located in the Sunda Strait between the large Indonesian islands of Java and Sumatra. The name of the volcano is translated as “Child of Krakatau”, and for good reason.

In 1927, the island rose from the hollow formed by the devastating eruption of Krakatoa in 1883. Then, 36,000 people died because of the volcano, and because of the ashes, the sky darkened all over the planet. 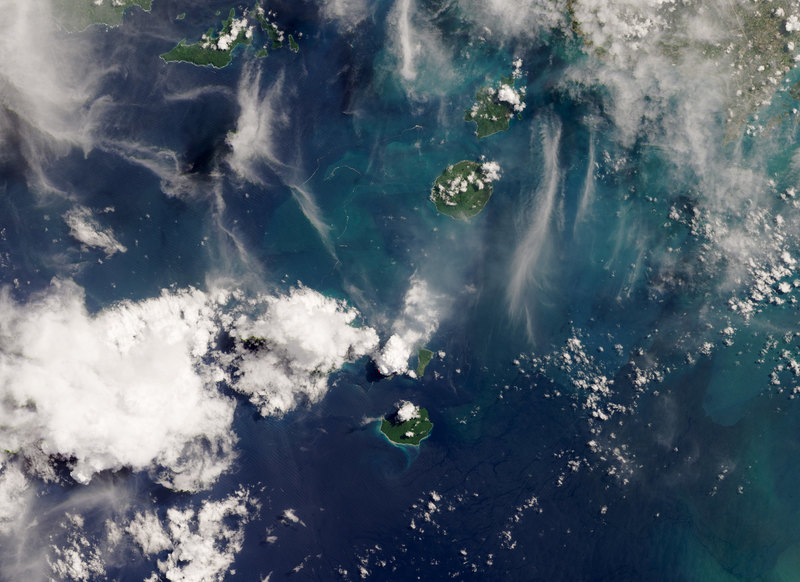 Fortunately, now (the picture was taken on April 13, 2020) Anak Krakatau is not so erupted. The volcano has periodically erupted over the past few years, says volcanologist Hansen Verity Flower of the Goddard Space Flight Center (Maryland). One of these eruptions occurred on December 22, 2018. The resulting tsunami killed hundreds of people.