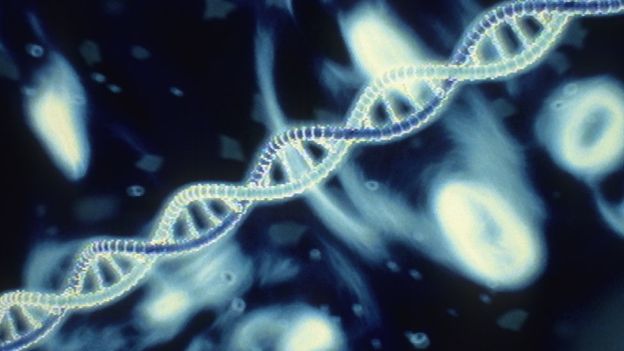 Some microorganisms can stay alive for an incredibly long time, up to a quarter of a billion years. How they manage to avoid destruction typically associated with aging?

Certain types of corals live thousands of years. The American lobster, at least 140 years. One turtle was able to live up to 250 years. And the oldest animal on Earth – the mollusk named Ming was 507 years old when scientists accidentally killed it in the process of research.

However, compared to some of the creatures that dwell on Earth, those creatures, mere infants. The oldest terrestrial organisms can easily break these records of longevity, which is pretty good for life forms that can only be seen under a microscope.

In the coldest regions of Siberia, Antarctica and Canada, you can find the soil, I was in a frozen state for thousands or even millions of years. In this strata of permafrost bacteria to inhabit the same age as the ice itself.

Scientists have not yet managed to figure out how they manage to maintain the ability to life. However, some believe that by revealing their secrets, we will be able to find the key to immortality.

In 1979, working at the research station “Vostok” in Antarctica, a Russian scientist Sabit Abyzov found in the deep ice above subglacial lake Vostok bacteria, fungi and other microorganisms living at a depth of 3600 meters.

Surprisingly, the bacteria flourish in the ice not melting for hundreds of thousands of years.

It is unlikely bacteria could be in thick ice after its formation, so Abyzov concluded that age of bacteria should also reach hundreds of thousands of years. At that time they were the oldest ever discovered organisms.

In 2007, the longevity record was broken again. Eske Willerslev and a group of scientists from the University of Copenhagen made a historic discovery.

Deep beneath the permafrost of Antarctica, Siberia and Canada, they found live bacteria, the age of which reached half a million years. Then the first time scientists were able to isolate DNA from so ancient but still active bacteria.

Russian scientist Anatoly Brushko pulled him out of the ice in the area of Mammoth mountain in Yakutia.

Later, he even injected himself with the cells of this “immortal” bacteria known as Bacillus F, in the hope that she is able to extend his life. Before that, he experienced inactivated bacteria cells in mice, fruit flies and cells in the human blood. He States that since the injection was not sick with the flu for two years.

What makes scientists think that bacteria living in the permafrost, so ancient?

It can be assumed that they are descendants of bacteria trapped in ice thousands or millions of years ago.

The answer is: the thicker the ice, the bacteria do not have enough space for breeding. Even if a division took place, the new cells would have nowhere to go.

If reproduction is not possible, then the cells of the microorganisms found in permafrost in our time, needs to be cells frozen in the ice at the onset of the ice age.

So scientists justify the controversial statement that some bacteria managed to live at least 250 million years. These microorganisms have been found inside salt crystals at a depth of 600 metres during the construction of a radioactive waste repository in new Mexico, USA.

If they really are 250 million years, they had to catch the period of the appearance on Earth first dinosaurs.

This discovery belongs to the scientist Russell Brilando from the University of West Chester, PA. He says that the bacterium, called strain Virgibacillus 2-9-3″, very similar to modern bacteria Virgibacillus that live in the Dead sea.

Extracted from the germs of crystals, placed in a test tube with nutrients, came to life and began to develop.

Some researchers insist on the fact that strain 2-9-3 much younger than 250 million years, explaining that the breach of the sterile conditions in the laboratory. However, Vreeland is firmly convinced of the correctness. He said it was clear that these bacteria appeared to be captured within the crystal.

“They were crystals, and were alive,” says Vreeland. – The probability that they were in a solid crystal from the outside, is approximately equal to zero, and the probability of infection equal to one in a billion”.

Moreover, since the salt crystals were found many similar bacteria.

The most recent discovery of bacteria in age from 33 to 48 million years, discovered in a saline lake in Central China. However, the age of any of the latest findings is closer to 250 million years.

Ancient microbes found in the permafrost and salt crystals, are on the brink of survival.

Deprived of the ability to reproduce due to lack of space, they send what little energy that they are able to, for the maintenance of life of a single cell.

“The bacteria could not share inside of a salt crystal due to the lack of nutrients. In addition, they would not be able to get rid of toxic waste,” says Vreeland.

Not to mention that the preservation of life over millions of years is an incredible ability. As a rule, DNA and proteins responsible for reactions within living cells exposed to radiation destroyed in a relatively short period of time. What is the secret of bacteria able to cope with this problem?

Some scientists believe that ancient bacteria could live such a long life only if they have mechanisms of DNA repair and cell structure.

But what are these mechanisms and how they operate in such adverse conditions, remains unknown. For example, bacteria in the permafrost or salt, do not have access to water, necessary for the synthesis of proteins involved in the process of cell renewal.

At the moment, with the support of the research Institute Howard Hughes Medical Institute Vreeland is working to identify the gene sequence of the strain 2-9-3. This will allow you to learn more about how they could live so long.

At the same time some of the ancient bacteria, there is an alternative long-term plan of survival. They can fall into a kind of “lethargy”.

We know that in particularly unfavourable conditions, bacteria can form dormant forms – spores. Spores are similar to seeds of plants: around vulnerable cells formed solid shell.

However, unlike seeds, spores have incredible vitality. They can survive exposure to radiation, and also over the years to do without water and nutrients. Inside the shell, the germ is in a completely inert state, but improving it can come back to life.

In 1995, the scientist, Raul Cano and his colleagues were able to revive extracted from the stomach of an ancient bee bacterial spores, which was about 30 million years.

Bee with bacteria stuck inside in a drop of tree SAP, later turned into amber.

However, some scientists believe that only one of the ability to form spores is not sufficient to accommodate 250 million years. In their opinion, during such a long period of their DNA would inevitably collapsed.

DNA undergoes harmful effects of cosmic radiation with high energy solar radiation in the form of gamma rays and ultraviolet rays as well as radiation arising from the spontaneous decay of atomic nuclei.

Paul Falkowski from Rutgers University, USA conducted an experiment using five ice samples, which consisted of from 100,000 to 8 million years.

The ice was extracted in Antarctica, beacon valley, Mullins valley. Together with a group of colleagues, he tried to cultivate microorganisms that were present in the ice. He found that the older the ice was, the shorter was the DNA inside it, and the fewer bacteria could revive. In other words, over time the DNA has been steadily eroded.

Falkovsky managed to cultivate microorganisms from a fragment of ice age two million years. He calculated that after 1.1 million years destroyed half of the original DNA.

“We can assume that given the intensity of the radiation at the poles of bacteria will not live more than two or three million years,” says Falkowski.

“Just a couple of hits of cosmic rays and all they end. Within a short period of time, the probability is very low. But when we’re talking about millions of years, it will happen.

This phenomenon can be compared to the lightning: for millions of years it would hit almost every point on Earth, despite the fact that the likelihood of her getting to a certain place for a short period of time is very low.

However, Vreeland did not lose faith that in the right conditions bacteria can live much longer than the experiments show Falkowski.

“The oxygen in the salt crystal does not fall, so there is no oxidation,” he says. – In addition, bacteria located at a depth which does not penetrate ultraviolet rays.

Vreeland also noted that during the formation of the dispute over the DNA molecules formed a dense shell, which makes it less accessible to radiation. In addition, the salt crystal protects the bacteria from radiation, blocking the heavy metals.

Finally, the salt crystals there is no water, and it helps to strengthen the chemical bonds in DNA molecules. In other words, it becomes more difficult to destroy.

“The studies we found that in the salt crystal for the complete destruction of DNA need 1000 times more “bumps” in DNA than in conventional conditions,” says Vreeland.

“Considering all these factors, you can come to the conclusion that the crystals provide a very strong protection.”

What matters is the ability of certain bacteria to survive for many millions of years?

If resting forms of bacteria can save lives for millions of years, we cannot exclude the possibility that cells or DNA first appeared on another planet in another galaxy and was brought to Earth by comet or asteroid.

In the end, the nearest to our milky Way galaxy – the Andromeda galaxy – is only about 2-3 million light years. For bacteria living 250 million years, this distance is not insurmountable.

Work Vreland also evidence in favor of the idea that Mars may Harbor life, because in the Martian meteorites was discovered salt.

At the same time, organisms-centenarians may represent a threat to the population. It is possible that ice could remain pathogenic bacteria or viruses. For example, a similar virus was discovered in 2014 in the Siberian permafrost, whose age is not less than 30 000 years, at a depth of 30 meters.

This ancient “giant” (up to 1.5 µm in length) virus called Pithovirus sibericum can be seen in a conventional microscope. In the laboratory scientists have managed to revive it and restore its pathogenic properties. This virus is not dangerous for people, as it infects only single-celled amoebas.

However, the researchers believe that the Siberian permafrost can contain microorganisms that can cause disease in humans.

It is not excluded that they can return to life when the ice melts. For example, it may be the ancient form of smallpox.

However, not all dangerous to human viruses can survive in ice. The flu and HIV, having a lipid shell, more fragile than viruses with a protein coat.

Anyway, these studies can serve as a warning to mankind.

Despite its small size, the main long-livers on the planet can have on the modern world a huge impact.