Anomalous heat was established on the territory of Russia 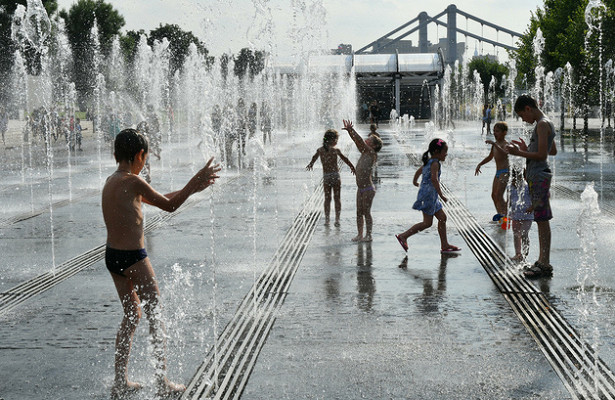 In most of Russia, residents are exhausted from extreme heat. Astrakhan. Local residents are exhausted from the heat. They hide from the sun under umbrellas. Already in the morning plus 34. During the day, the heat inexorably creeps to a mark of 40 degrees. Even air conditioners can not stand. At the mercy of high temperatures, not only the south of the country, but the regions of Siberia. In Abakan, the number of requests for medical assistance has increased.

“There were more calls from the cores, the norm was heat and sunstroke, many calls, and the same happens with patients who have hypertension,” said the head doctor of the Abakan ambulance station Viktor Asakalov.

In the increased readiness are given to firefighters. On such days, the risk of fires is particularly high. Not only in the forests, but also in the city.

Konstantin Bannikov, Deputy Head of the Main Directorate of the Ministry for Emergency Situations of Russia for Tuva, advises: “We should not go out without the need for a period of maximum solar activity, we pay special attention to the fact that children can not be unattended for a second, especially in cars and on the banks of reservoirs.”

Rescuers work in a strengthened mode. Carry on duty on the beaches of the Stavropol Territory, where the temperature in the sun leaves far behind the mark of 30 degrees.

In Volgograd, those who can not escape from the streets to nature, escape in urban fountains. They are worried carelessly, looking at the rainbow. The example of children sometimes followed by adults.

In order not to melt the asphalt, Volgograd authorities allocated 70 cars, which regularly water the city’s main roads. And in Izhevsk, due to high temperatures, even the traffic of trams on one of the branches was paralyzed for a while. Users of urban social networks write, they say, “the rail has become bad.” It’s getting worse for those who work in stuffy rooms without air conditioning. So, in Pyatigorsk, on hot days employees of one of the libraries even work on the street.

“We opened the summer reading room and people worked on the street, that is, we put tables near the library, took out books there, carried out magazines, and people read it,” says Flora Orlova, director of the centralized library system of Pyatigorsk.

According to weather forecasters, such weather in the south of Russia and in Siberia will last a few more days, and then the long-awaited coolness will come.
“The first forerunners of the coming cooling down will appear only on weekends, under the influence of the atmospheric front cumulus clouds will begin to develop, showers, thunderstorms, high winds will rise,” says Vadim Zavchenchenkov, a leading specialist of the Weather Center FOBOS.

And while the sellers of ice cream and kvass merchants calculate the profit – in this heat there is a stir. But experts advise in the heat not to abuse sweet, and even more alcohol.

“It is necessary to avoid sweet drinks, carbonated, which in themselves increase thirst.It is preferable to give natural teas, infusions of herbs, to limit the consumption of fatty foods, meat, if possible, pay more attention to vegetables and fruits,” says the deputy chief doctor on the clinical and expert work of the State Clinical Hospital “Polyclinic No. 30” Natalia Ermolaeva.

High temperatures affect, not only people, but also animals. More and more often there are posts of anxious Russians who meet snakes. Not only on the streets, but also in their homes. On such a neighborhood complained residents of one of the Ufa high-rise buildings. According to experts, snakes are looking for shelter from the heat, including in homes.

Inhabitants of zoos now too not simply to cope with a heat. Experts pay great attention to animals, whose wool is designed for severe frosts. Arrange them water procedures. In Krasnoyarsk, two polar bears – Aurora and Felix – spend almost all of the time in the pool to escape the Siberian heat.