Another mudflow has come down in Kabardino-Balkaria 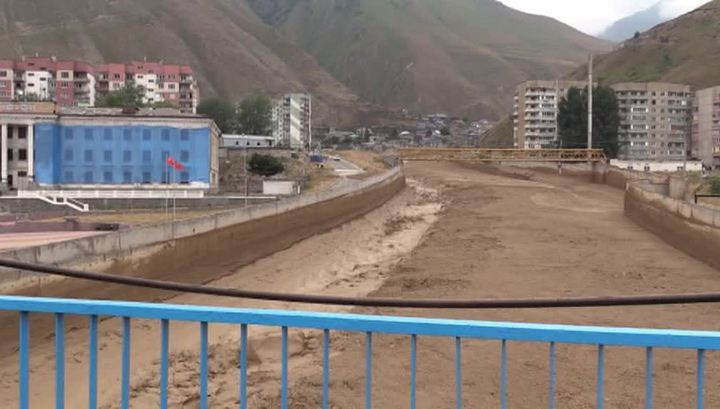 Residential buildings in the town of Tyrnyauz (Kabardino-Balkaria), because of the repeated passage of the mudflow along the riverbed, threaten flooding. The local population has already been notified of this danger. There is a government commission.

According to the press service of the head and the government of the republic, there is a high probability of blocking the Baksan River. Water can go to the city.

The mudflow situation remains difficult, the regional government notes. In case of unfavorable development of the situation, additional places of temporary accommodation of people are prepared.

On the eve of the Tyrnyauz flood of the river Gerhozhan-Suu descended stream, its movement lasted more than two hours. Sel demolished the pedestrian bridge. Human victims were avoided. An emergency mode was introduced. The next day the picture was repeated.