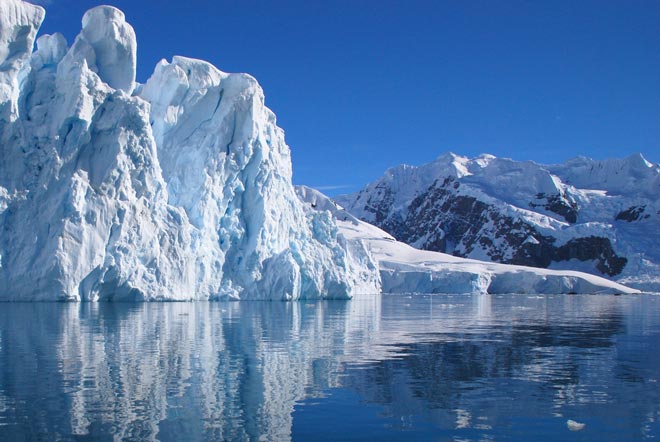 A series of satellite imagery obtained over the past two years has shown the active melting of the Pine Island and Thwaites glaciers. Two Antarctic glaciers are rapidly slipping into the Amundsen Sea and are already the largest sources of icebergs in the region.

According to scientists, the final melting of glaciers for several hundred years will raise the level of the World Ocean by one meter.

The development of events on both glaciers leaves no doubt about their imminent disappearance. So, in August 2015 a huge iceberg broke from the Pine Island glacier, in April of this year a deep crack was seen on the ice massif, and last month another iceberg with an area of ​​about 235 square kilometers broke away from it. Thwaites glacier noted the formation of a 24-kilometer iceberg in 2015, and since then scientists have unanimously declared its further destruction.

Climate change specialist Erik Rigno from the University of California sees the main reason for accelerated melting in the warming of sea water. According to him, when the average annual temperature in the Southern Hemisphere decreased, the melting of glaciers slowed, and in those years when its values ​​were above normal, and the water on the coast warmed up more, the glaciers began to actively creep into the ocean. He also added that, in conditions of global warming, the rate of melting of the Antarctic glaciers in the future could increase two to three times.