Ants sail away from Hurricane Harvey 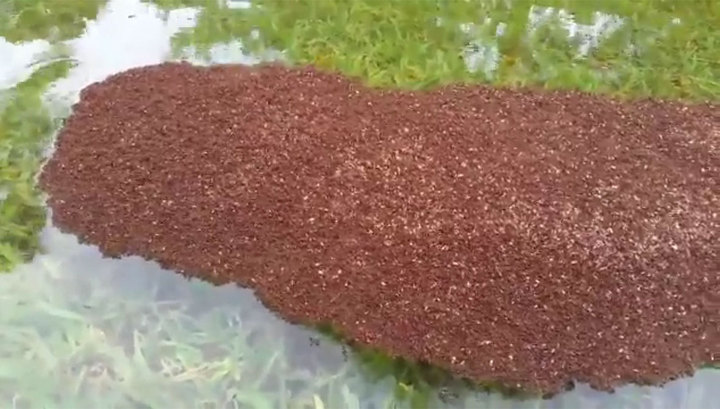 A reporter from Texas, Mike Hicksenbau, filmed a video of fiery ants that had strayed into a kind of floating colony, trying to sail out of the area flooded by hurricane Harvey.

Hicksenbau posted the entry on August 27 in his “Twitter” with the signature “Hint: do not touch the floating colonies of fire ants. They will spoil you all day.”

The formation of such floating colonies is common among fiery ants. The number of insects in each such “island” can reach one hundred thousand, and swimming sometimes lasts up to a week.

Ants immersed in such a swim in the water, do not die, since their shells are covered with grease and small hairs, among which there is air. In addition, insects are constantly changing places.

And look, guys. The ants are now just feet from house. pic.twitter.com/rt2aU7Uvm3