Apocalypse in Antarctica: volcanoes under ice can erupt and make the planet “uninhabitable” 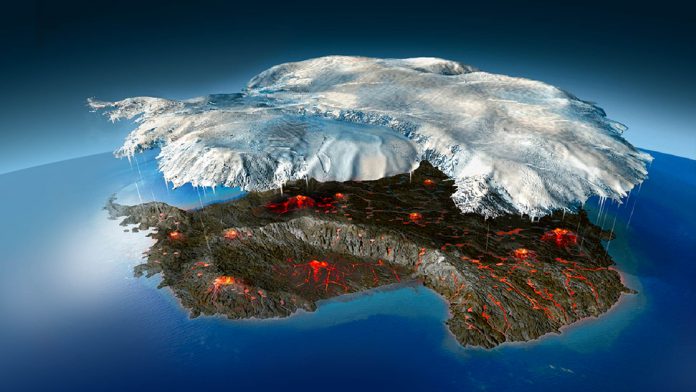 Scientists warn that Antarctica could be the source of the Earth’s doomsday if volcanoes under the ice erupt and this could make the planet “uninhabitable.”

The icy continent employs about 5,000 scientists from around the world who are studying the pristine regions to learn more about the history of the Earth and the impacts of climate change.

But researchers were shocked when they discovered more than 100 dormant volcanoes beneath the continent’s ice sheet, making it the largest volcanic region on Earth.

The find was especially important because the activity of these volcanoes could have decisive consequences for the rest of the planet.

If an eruption occurs, it could further destabilize some of the region’s ice sheets that have already been affected by Earth changes.

John Smelli, professor of volcanology at the University of Leicester, told The Conversation: “Volcanoes create huge caverns at the bottom of the ice and create massive amounts of melt water.

Since the West Antarctic ice sheet is wet and not frozen to the very bottom – imagine an ice cube on a kitchen counter – the melt water will act as a lubricant and can cause the overlying ice to slide and move more quickly. ”

More than 80 percent of Earth’s fresh water reserves are stored in Antarctica – enough to raise global sea level by about 60 meters if it melted – making the planet “uninhabitable.”