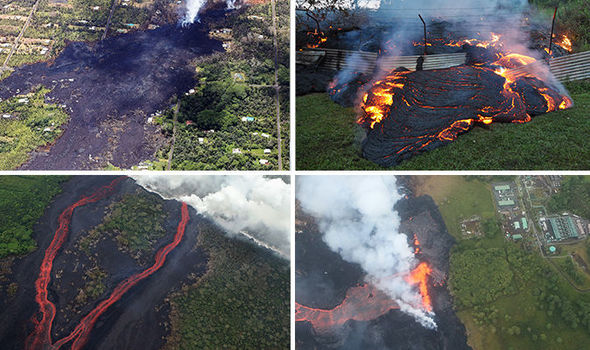 Kilauea volcano shows no signs of slowing the eruption and lava continues to destroy Hawaii. 82 houses have already been completely destroyed. Evacuation of residents from the island continues, but many in spite of the danger return and they have to search with infrared cameras at night from helicopters and forcefully evacuate with US marines.

Marines are in standby mode and are ready for an emergency evacuation of all residents of the island in the event of a large-scale eruption, and possibly an explosion of the volcano. From the air, the lava flows are monitored, in order to urgently evacuate people from areas where new lava flows from newly opened cracks are directed.

The island is constantly shaking hundreds of earthquakes, which occur almost every minute. From the main crater fly up the clouds of gas and ash to a height of 4 kilometers.

Geologists say that the new crack extends lava at a rate of 1 meter per second. The lava flows of the Kilauea volcano absorb agricultural land and forests at an alarming rate. Massive lava flows from several eruption cracks flow down to the coast and with noise cool off in the ocean waters off the coast of the island.

Lava absorbed two wells at a geothermal plant, but no hydrogen sulfide was released. But the territory of the plant has received such destruction that the owner finds it difficult to assess it.

Local residents fear that geothermal sources can be explosive if the burning lava penetrates them. 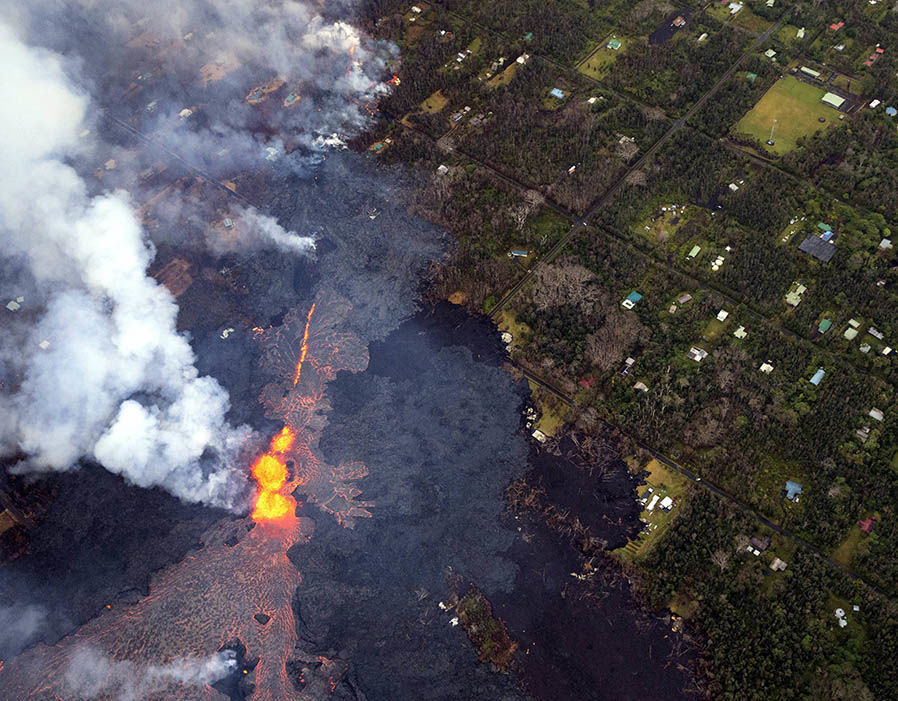 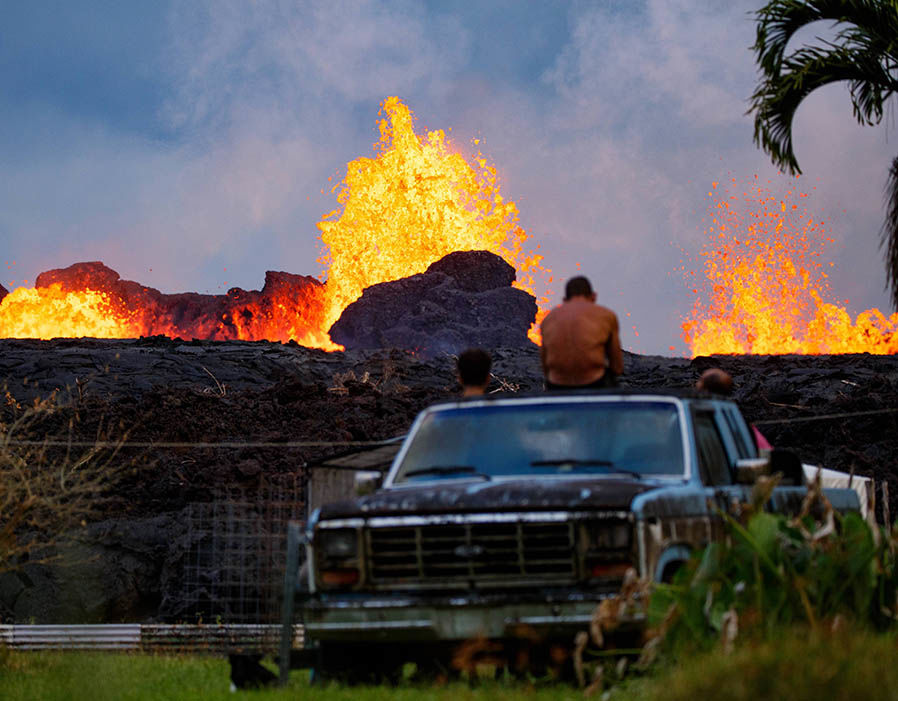 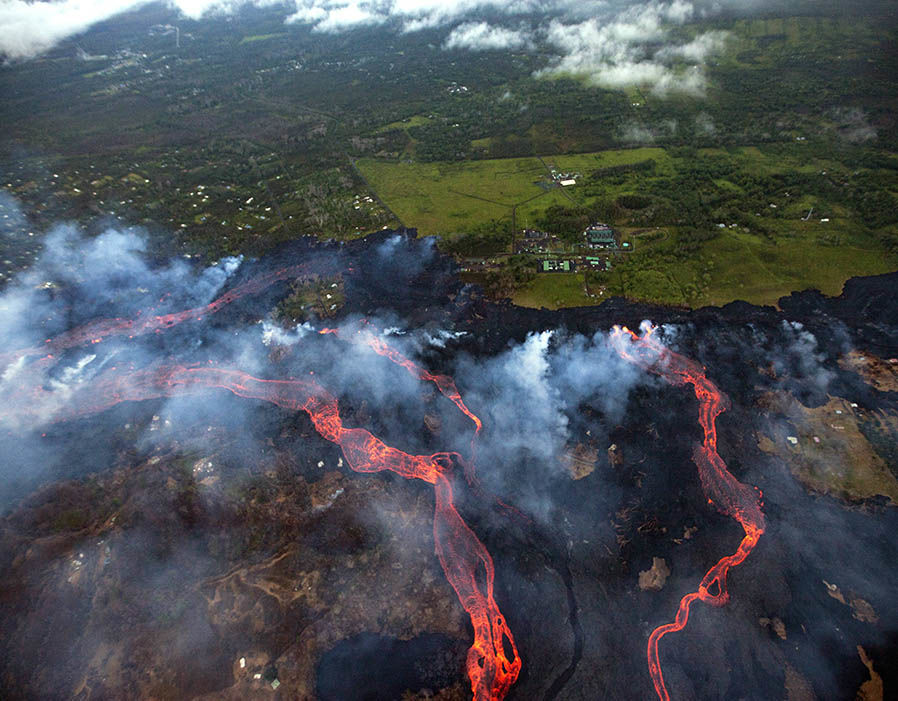 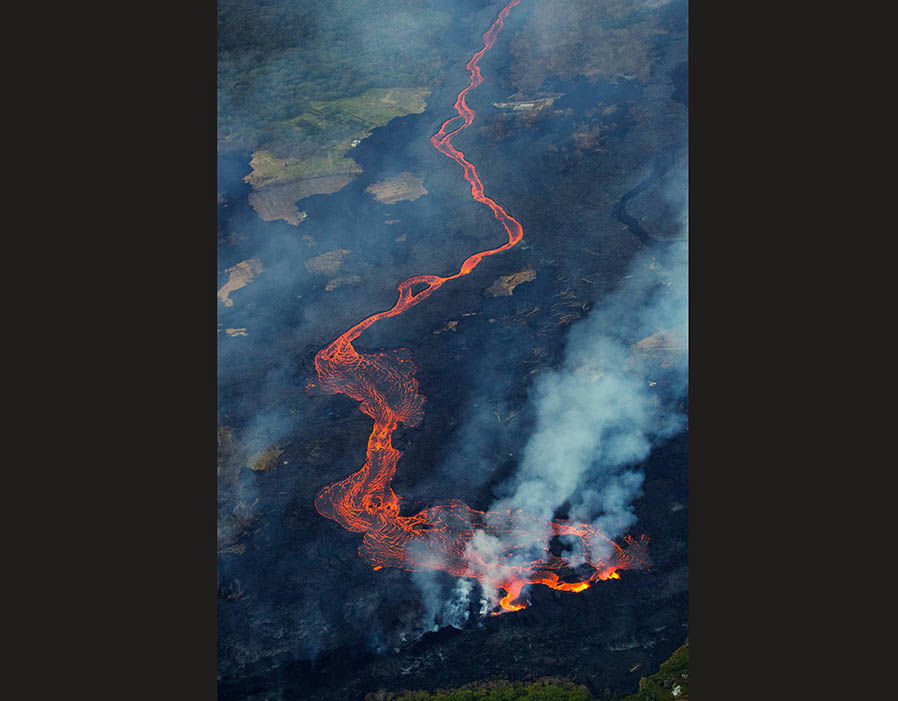 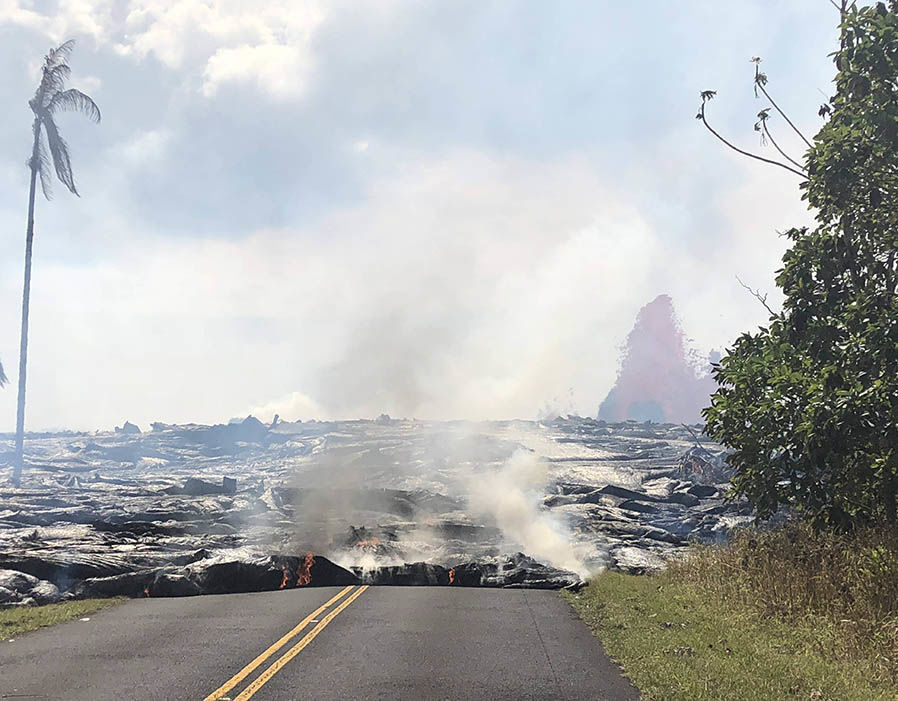 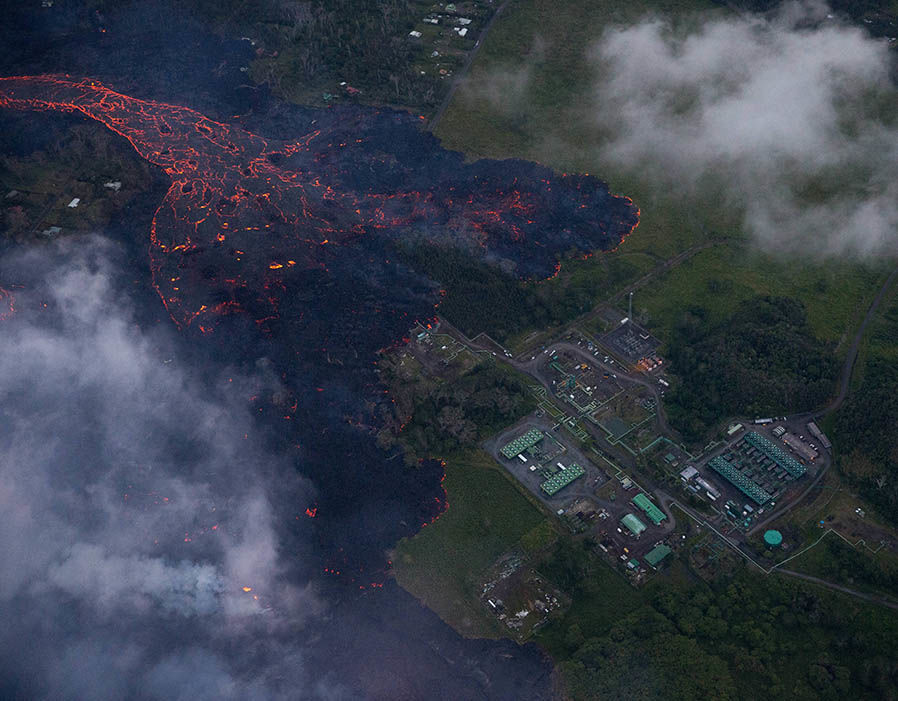 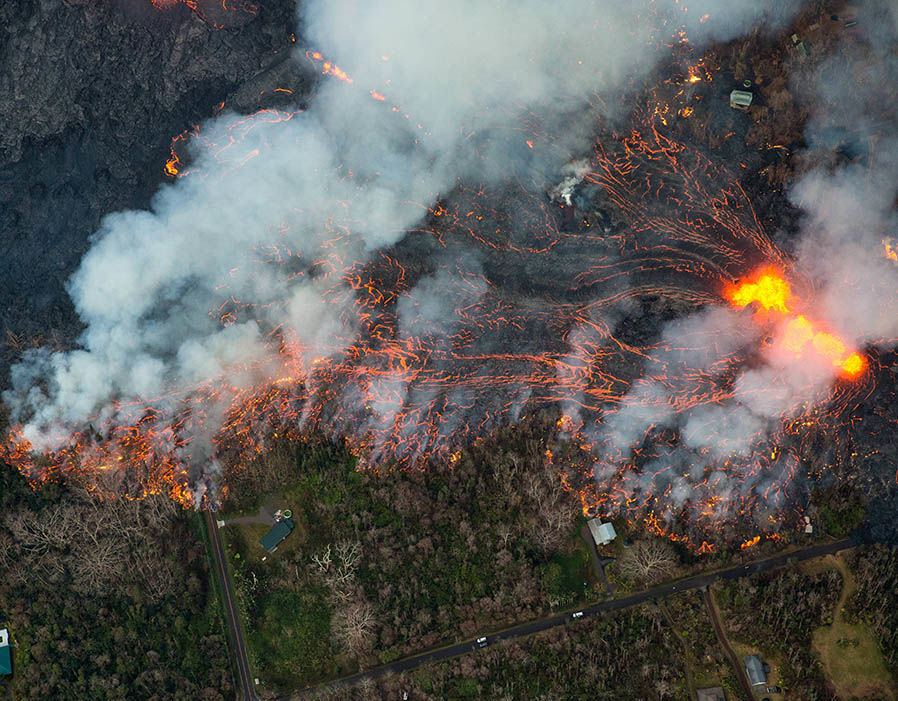 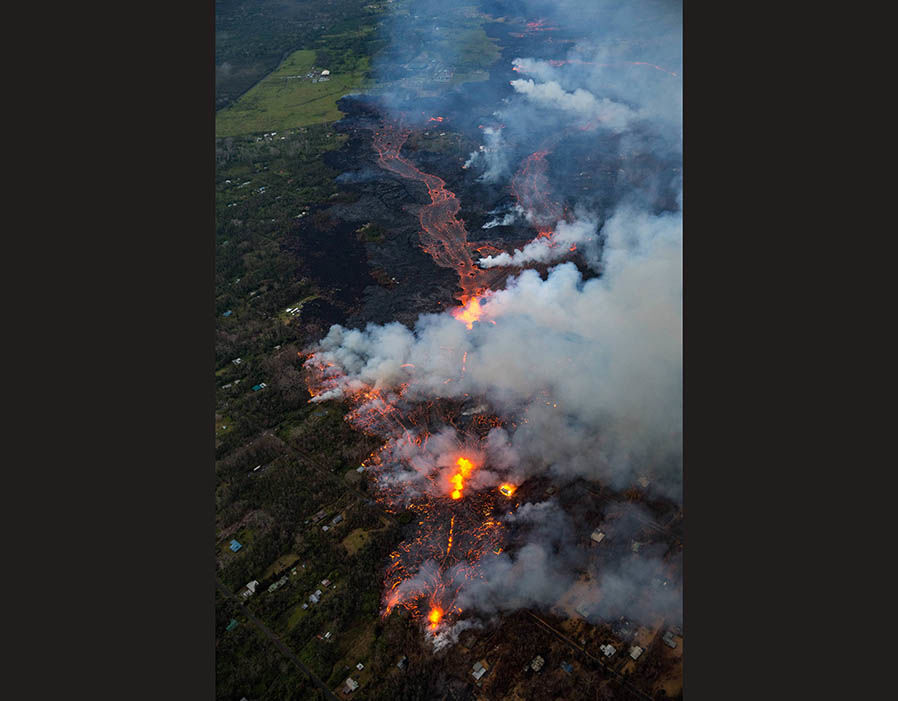 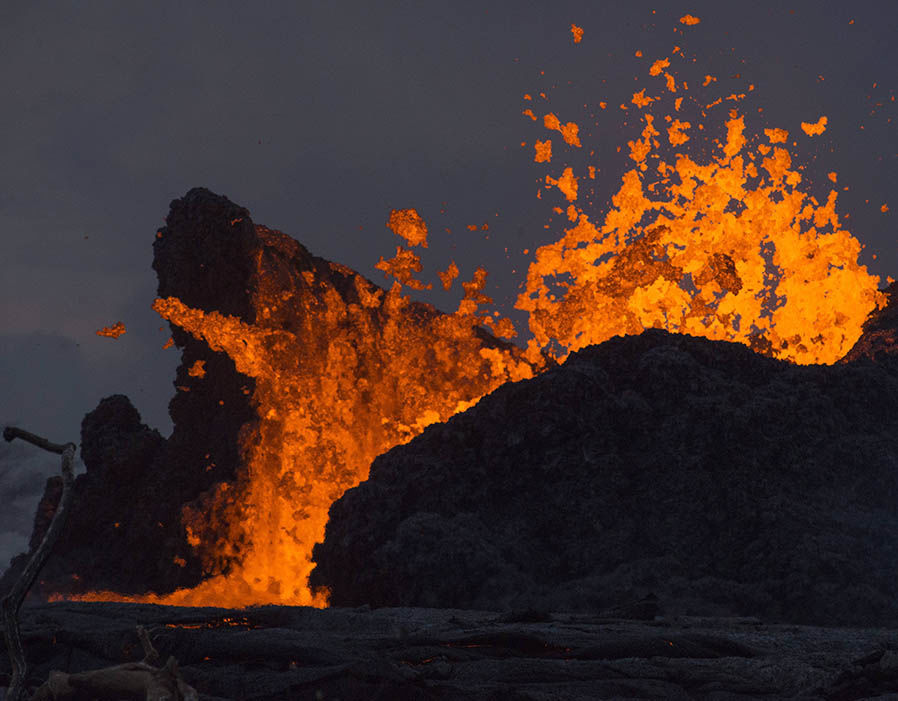 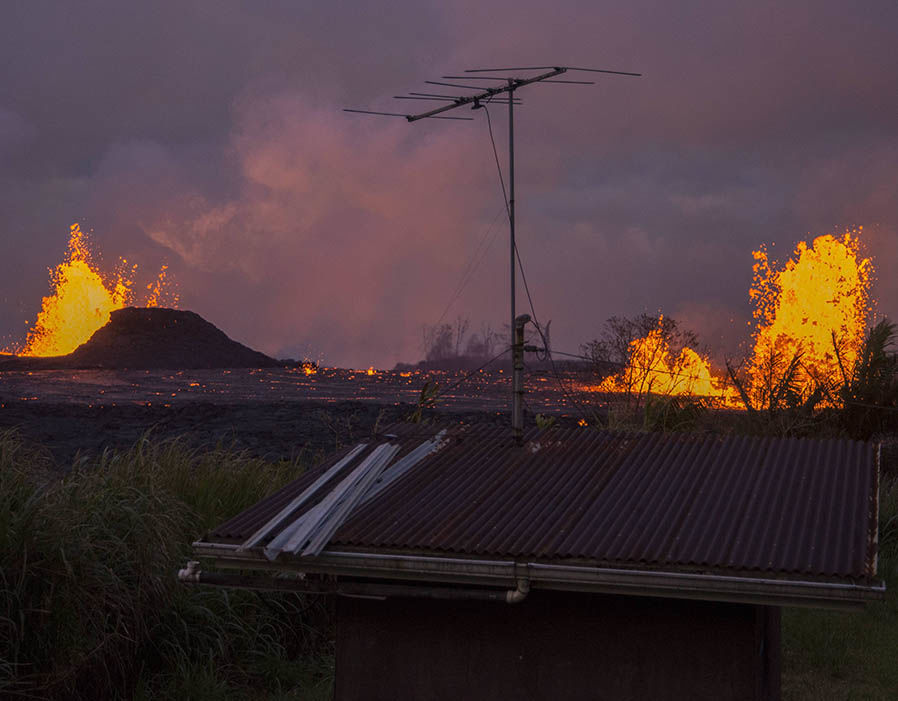 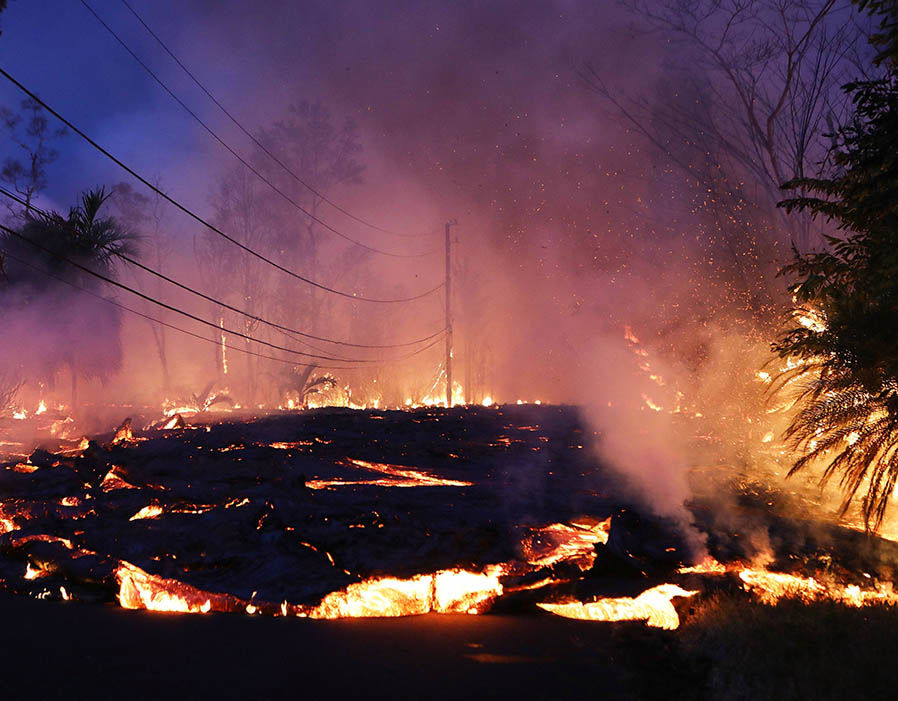 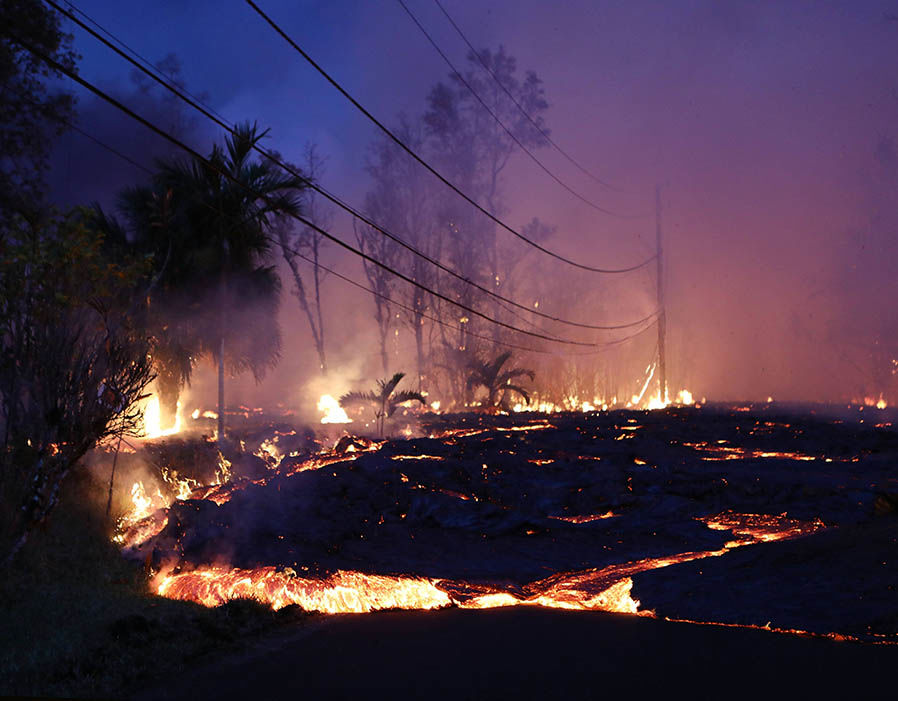 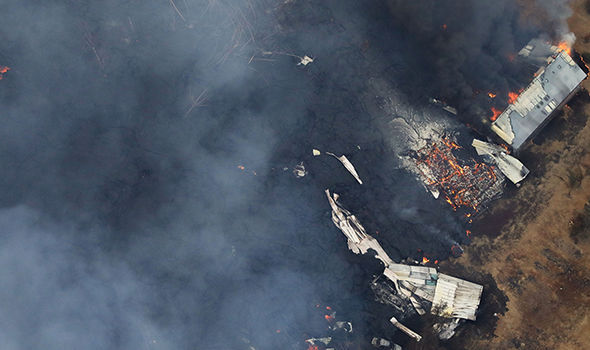 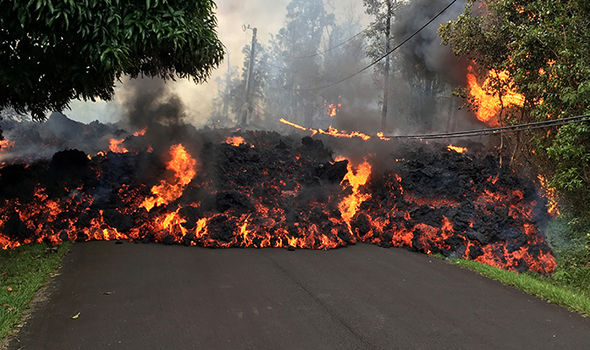 To date, destroyed about 2200 hectares of the Big Island.