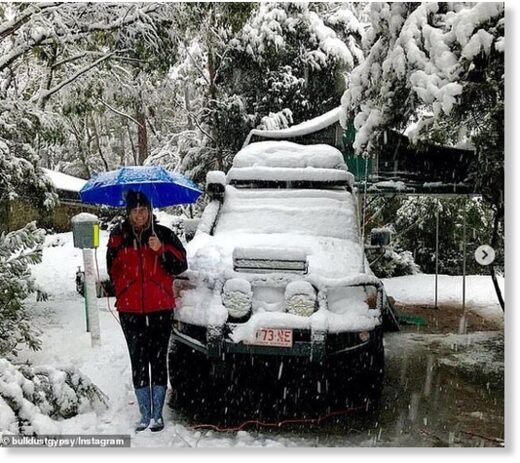 The ice front hit the southeast of the country – Tasmania, Victoria and South Australia, bringing snow and frost.

Melbourne woke up on Sunday in its coldest morning since October 20 last year, according to the Bureau of Meteorology, with temperatures dropping to 8.3 ° C.

“Temperatures are four to eight degrees below average for this time,” said senior forecaster at the Bureau of Meteorology Jackson Brown.

Tasmania bears the brunt of what has been described as the “Antarctic explosion”.

Residents of coastal communities in South Australia have been warned of an “extraordinary increase in wave height” reaching 10 meters, making the surf conditions dangerous.

Waves not seen since July 2011 are hitting the west coast of the state.

“If you were on the west coast (Saturday) night, you would see some pretty amazing waves. The wave buoy at Cape Sorell showed 9.2 meters with a maximum wave height of 16.6 meters and a peak wave period of 22.2 seconds, ”the meteorological agency said in a statement.