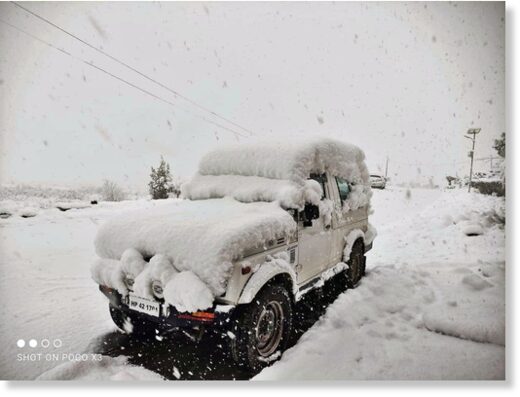 An unexpected heavy snowfall occurred in the upper reaches of the Himachal and caused serious damage to the harvest of fruits and vegetables, as well as blocked many roads here.

A large number of avalanches were reported from Lahaul, and snow and hail damaged crops in parts of the Kullu area.

It snows in Upper Shimla, Kinnaur, Lahaul Spiti, the upper Kulu, Chamba and Kangra, while some areas are affected by hailstorms. Snowfall blocked many roads.

Many avalanches hit the Lahaul Valley, which received up to 45 cm of snow.