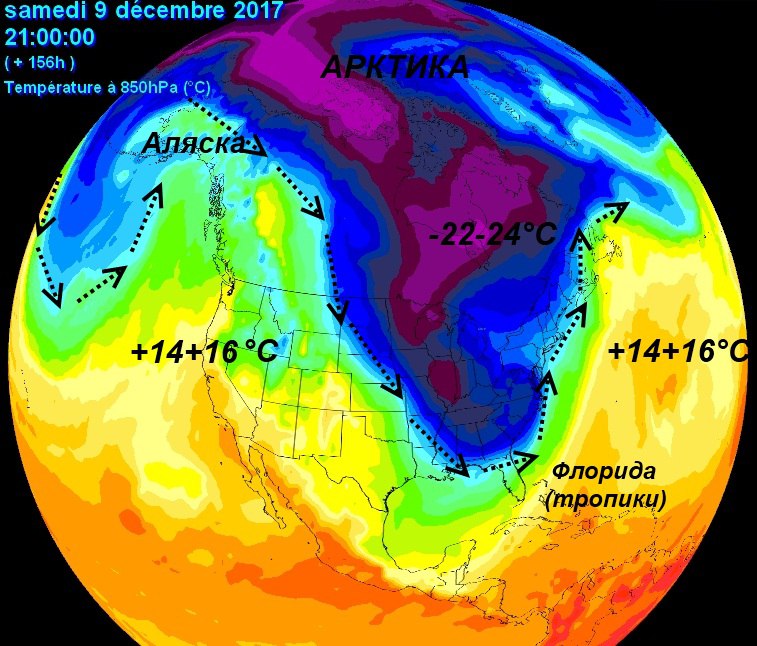 Next week, the Arctic cold will “freeze” the east of Canada and the US, and subtropical heat will “unfreeze” Alaska and the near-Arctic territories.

The preliminary forecast (trend) on December 9, 2017 for the US and Canada of the global forecast model GFS (Global Forecast System) shows a very strong cooling (for the Arctic air mass, AVM, coldness) for the east of Canada and the USA up to the north of Florida !) and strong warming (the crest of heat) in the west and north of the two countries up to the state of Alaska, and also on the island of Iceland in the Atlantic Ocean (!).